Message From Board Of Directors

To provide the Vancouver public with a forum and platform to experience, enjoy, and support films and other media featuring local and international Asian talent using both traditional means, such as the society’s annual film festival, and contemporary methods, such as through online mediums.

To promote and support independent North American and International Asian actors and filmmakers by showcasing their work through the society’s events and outlets; and To promote and celebrate the diversity and depth of Asian culture and identity in film and media.

A Brief History of VAFF

VAFF is the longest running Asian film festival in Canada.

Mighty Asian Moviemaking Marathon (MAMM) is VAFF’s premier annual short filmmaking contest. Its purpose is to foster emerging filmmakers and offer them both an educational experience as well as an opportunity to showcase their work to audiences and potential distributors.

How do you love Vancouver? Let us count the ways! Vancouver is celebrating its 125th birthday, and Vancouver Asian Film Festival (VAFF) its 15th year, in 2011.

Launched at 2013 as a locus for industry advocacy and action with a distinct diversity focus, the VAFF Industry (VAFF I²) Panel Series continues with burning questions for our “interesting times,” both global and local.

VAFF fiercely supports campaigns such as #starringjohncho, #whitewashout and #oscarssowhite and we hope by launching the “Asians in Movies” Campaign, we can facilitate real change in the film industry.

VAFF envisions a world where North American Asian actors and filmmakers have the resources and opportunities to shape mainstream culture in a powerful and positive way.

VAFF is dedicated to promoting and celebrating the diversity and depth of Asian culture and identity in film and media, and to help North American Asian actors and filmmakers more authentically and more powerfully define and express themselves on screen.

Board of Directors and Advisors

Founder / President
Barbara is a writer and independent filmmaker in Vancouver. She has worked as a broadcast journalist/reporter and received the national Radio and Television News Directors’ Association (RTNDA) Award for Best Editorial in 1998. Her film “In Between the Laughter” was one of the National Film Board’s REELDIVERSITY 2004 winners which aired on CBC and PBS. Barbara continues to support North American Asian artists in mainstream media and is currently working on a music documentary about Asians in the music industry as well as finishing her horror screenplay. 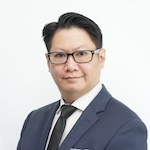 Vice President
Clement Lau is a private chef/caterer and currently the owner of Maison Clement Catering & Commissary. Growing up in Vancouver as a Hong Kong immigrant, he has learnt first hand in dealing with cultural diversity.
Clement is a strong believer and supporter of community service. He is involved in various charity organizations. Currently he is a Director for the Enspire Foundation and coordinates their Soup Kitchen Program. Co-Founder of The Mad Lab Foundation that implements outreach programs for the Downtown East Side. He sits on the fundraising committee for Science World’s Science of Cocktail, an event that raises funds to support underfunded schools and provide field trips to science world. He is also on the council for La Chaine des Rotissuers and Vice Enchanson of the Ordre Mondial des Gourmet Degustateurs for the Vancouver Bailli. 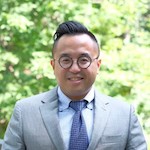 Treasurer
Edmond is an accountant with Transportation Investment Corporation. Having spent the last 3 years in Victoria working for the Office of the Auditor General, Edmond returned back to Vancouver with the intention of making an impact to the community he spent the majority of his life in. With almost a decade of experience various board and executive roles within the Lions Club community, Edmond hopes to bring his experience in non-profits, fundraising and governance to the Vancouver Asian Film Festival. Edmond holds a degree in business (BCom. UBC) and is a designated accountant (CPA, CA). His all-time favorite movies are Battle Royale, Taegukgi, Old Boy and Infernal Affairs. 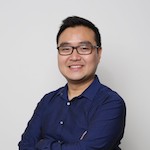 Member at large
Andry is a co-founder of MuseFind, a self-serve SaaS marketing platform to effortlessly contact influencers, get featured & reach more consumers. As COO & CFO, Andry led the creation of MuseFind’s customer success playbook, which resulted in healthy growth of revenue and retention as well as reaching client’ success milestones. Previously, Andry comes from the corporate world of finance through his experience at TELUS, Deloitte and Teck Resources. Andry’s goal of joining VAFF’s board is to bring his expertise in social media, marketing and operations to further the vision of VAFF to promote and celebrate the diversity and depth of Asian culture and identity in film and media. Andry grew up in Jakarta, Indonesia and went to Vancouver for his undergraduate studies and have lived in various cities in North America (Calgary & New York) before returning back to Vancouver.

Member at Large
Alex is a corporate and commercial lawyer at Borden Ladner Gervais LLP and has provided legal services to various non-profit organizations. Before attending law school Alex worked as a mental health worker and conducted research in psychology. He enjoys writing short stories, is presently dabbling in screenplay writing and is excited always about his annual trips to Korea, the birthplace of his mother. Alex looks forward to furthering VAFF’s mission of promoting the diversity of Asian identity in media. 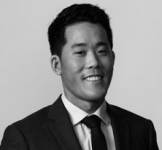 Member at Large
Justin is a commercial real estate lawyer at Boughton Law Corporation where he regularly advises clients on legal matters ranging from commercial real estate purchases and sales, non-profit housing and property development. Before deciding to go to law school, Justin worked as a financial analyst at TELUS. As a Korean immigrant living in Vancouver, Justin has been passionate about promoting diversity and equity. He is excited to be part of VAFF and hopes to use his legal expertise and experience in non-profit organizations to further VAFF’s mission and vision.

Co-Executive Director
Audrey is a senior leader and entrepreneur with deep expertise in building, growing and leading teams. She was previously an executive at the BC Liquor Distribution Branch and Aurora Cannabis responsible for strategic direction and business transformations. Audrey is also an entrepreneur with experience in business development and fundraising. Her passion for social justice has led her to volunteer her time with a variety of non-profit associations that provide services to BIPOC communities. 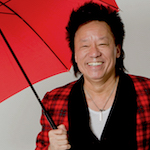 Board Advisor
The creative and visionary force behind FMA Entertainment. Andy’s dynamic personality and energetic spirit has made him an innovator in the field of entertainment. Along with his extensive resume of film and television credits, Andy is the creator and producer of the Stripped Concert Series, FMA Fashion Week and Fashion Rocks Vancouver as well as FMA Awards Gala annual event, a large-scale fashion, music and art concert. Andy received three LEO Awards Nominations with current hit television series “FMA Entertainment Weekly” and “Real Estate 101”. His current projects include television series “My Pet Diaries” and “The Big Show”. Andy is also one of the producer of Vogue’s (US) Fashion Night Out Vancouver and board of director of Miss World Canada (2012 and 2013).

Board Advisor
Amélie works in population and public health and co-founded the beloved Anh and Chi. She has a Bachelor of Arts and Master of Public Health, working from grassroots to policy to promote diversity and equity. She is passionate to tell stories. Her family’s story – Mẹ (Mother) – a 2018 Storyhive-funded film screened in 11 cities across North America and is winner of the SAAFF 2019 Grand Jury Best Short Documentary and DisOrient 2019 Best Short Documentary.
With a decade of strategic-, creative-, and community-driven roles locally and globally, she hopes to contribute to VAFF’s onward vision and growth. 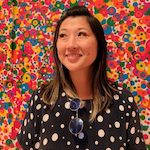 Programming - Board Advisor
As a writer ‘slash’ director, Kathy’s films have screened at numerous festivals, receiving two Golden
Sheaf nominations and a Leo award nomination. Her scripts were selected for Whistler International
Film Festival’s Short Scripts Competition and twice for CityTV’s Cinecity Initiatives. “Red Letters”, a
full-length original musical for which she book writer, was produced by Vancouver Asian Canadian
Theatre and toured British Columbia. Her short film “Breaking the Rules” won the Best Short
Narrative award at the DisOrient Film Festival. She recently co-produced her first feature, “The
Hollow Child”, a recipient of the Telefilm MicroBudget fund. She also co-founded the newly
relaunched Scripting Aloud, a pan Asian script reading series based in Vancouver. 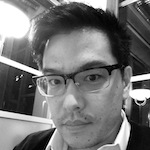 Board Advisor
Ken Takagi was born in Los Angeles, has lived in Seattle, New York and Tokyo, but Vancouver has always been his home. The Vancouver Asian Film Festival’s mission statement is one that he’s very excited about and is looking forward to promoting dynamic and innovative images of Asians, while working with Asian filmmakers from around the world. 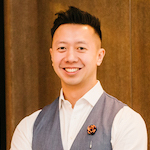 Board Advisor
Kevin K. Li is creator and co-producer of HBICtv: Ultra Rich Asian Girls. He spent the first 15 years of his broadcasting career producing Asian programming that embraced the model minority ideal. It wasn’t until URAG that he began to fight it. Kevin is born, bred and raised in Vancouver’s Eastside. He has worked for City TV, CTV and Olympic Broadcasting Services that had brought him to Rio, London, Singapore and Vancouver for the Games. Kevin has also produced House My Style on Omni TV, Brotherhoods, Clans and Secret Societies of Vancouver’s Chinatown, Azn Lifestyles TV on City TV and TV Fusion. He’s most proud of his roots in Chinatown and continues to perform Lion Dancing annually during Chinese New Year’s Parade. 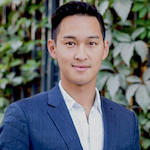 Board Advisor
A proud Vancouverite, Leon has lived in Singapore, Hong Kong, San Francisco, and Toronto, bringing a global perspective to his work. As a successful creative media entrepreneur and creator of North America’s largest Real Estate Television Network, Leon taps into his powerful network of industry partners to lead award winning multimedia projects. In 2009 Leon founded LNG Studios, which has quickly risen to become one of Canada’s premiere architectural visualization and animation studios with cutting edge 3D laser scanning and rendering technology. Through his broadcasting network Leon has provided programming for many lower mainland communities as well as fostered new talent and provided support, training and production services to non-profit organizations. 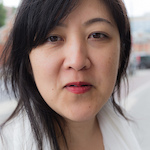 Board Advisor
Mona is a director with a background in sound design as a graduate from Vancouver Film School’s Sound Design program. Mona’s most recent project is a feature length comedy entitled Everything Louder Than Everything Else which premiered at the Whistler Film Festival in 2010. She was also co-director/editor/producer for a feature length documentary about Vancouver indie rock band Ladyhawk’s recording session in an abandoned farmhouse in Kelowna entitled, Let Me Be Fictional.

Board Advisor
Nilesh Patel is a producer and director focused on telling the stories of us coming together that have proven to be provocative, entertaining, and necessary. His first dramatic work and directorial debut, 7 to 11, Indian, was broadcast on Citytv in 2004 which led to producing a series of short dramas for CityTv by Women of Colour. Following this he directed his multiple-award winning feature documentary Brocket 99 – Rocking the Country (preserved in the National Archives of Canada). This film explored racism in Canada, specifically towards Indigenous peoples. In 2014 he completed his MFA in Film at Concordia focusing on the gender roles of men and women through his What is a Man? series. In 2011 Nilesh began a period of eight years training Indigenous youth in the Far North in filmmaking. This land-based work focused on community specific documentation of the Traditional Knowledge of Elders. Through
his company, Roaming Pictures, youth were trained in filmmaking and with this documentaries were made for the preservation and prosperity of their language, community and culture. Nilesh is currently directing and producing Out of the Stands for Telus Originals while also continuing to advocate for racial equity in our film and television industry.

Board Advisor
As past festival director and executive director and handling programming and advisory duties this year, Peter continues to channel his inner-Asian. Conceived in Kowloon and raised on Fantasy Island and Captain Crunch, Peter is fortunate to be allergic to math and chicken’s feet and aspires to doctor… his transcripts. He continues to channel his inner-filmmaker every summer as co-founder of the Mighty Asian Moviemaking Marathon (MAMM) along with Barbara Lee.