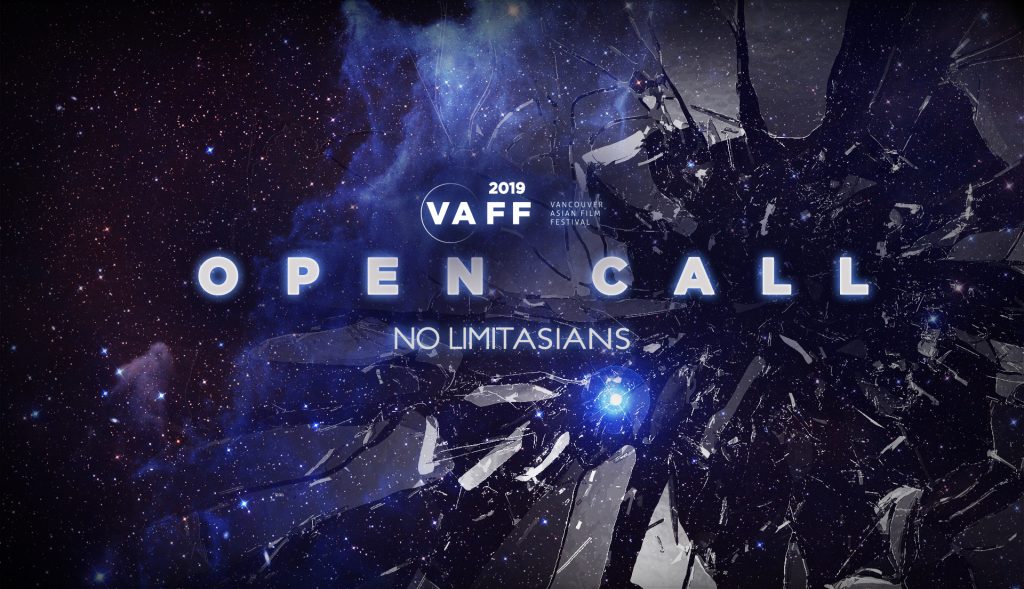 Vancouver, BC – March 15, 2019 – The Vancouver Asian Film Festival (VAFF) is currently accepting submissions in its open call for film entries to commemorate their 23rd year. The annual four-day festival is set for November 7-10, 2019, and has traditionally been held at the Cineplex Odeon International Village Cinemas, 88 West Pender St., in Vancouver’s historic Chinatown district.

Festival Director Lynne Lee and Creative Director Vincent Wong, are very excited to kick off the 2019 season and festival. The VAFF 2019 theme of NO LIMITASIANS celebrates the achievements of Asian diaspora artists and empowers aspiring artists of Asian heritage to continue pushing boundaries and challenging expectations. As new filmmakers take the spotlight to tell authentic stories from their Asian and Asian diaspora experience, they break moulds and expose the world to a multitude of voices. They are telling the mainstream, “We are here – now and the future are our chances, and anything is possible!”

This year, we will also be shining a spotlight on Asians in Music and will be accepting submissions of music videos. Please look out for the AIM Music Sync Competition in mid-to-late April to submit your songs and be part of AIM compilation.

The Festival seeks film submissions from Canadian and International filmmakers to be screened at its annual November festival. VAFF is accepting entries between March 15 and June 10, 2019 Early bird submissions end on April 30, 2019. Regular submissions close on May 20, 2019. The final call for entries is on June 10, 2019.

The Vancouver Asian Film Festival is the longest running Asian film festival in Canada. Founded by independent filmmaker and writer Barbara K. Lee in 1995 to celebrate diversity in film, the festival has grown to provide an engaging platform for Asian filmmakers to showcase their talents. The VAFF is run by The Vancouver Asian Film Festival Society, a not-for-profit organization comprised of a group of dedicated volunteers. Sponsors and community partners alike also contribute to the success of the organization. Now on its 22nd year, the event only expects to grow even bigger. Close to 4,000 people are expected to attend the festival.