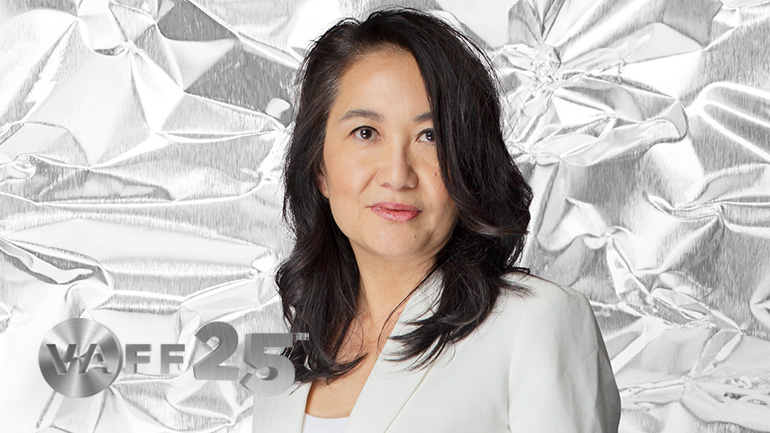 Barbara Lee, the festival’s founder and president, looks back on 25 years of VAFF

On the eve of the 2021 Vancouver Asian Film Festival, Barbara Lee reflects on VAFF’s beginnings, her journey throughout 25 years of VAFF, and what the future holds for the festival, in an exclusive conversation with VAFF’s Alexis Ocampo.

Barbara Lee is a writer and independent filmmaker in Vancouver. She has worked as a broadcast journalist/reporter and received the national Radio and Television News Directors’ Association (RTNDA) Award for Best Editorial in 1998. Her film In Between the Laughter was one of the National Film Board’s REELDIVERSITY 2004 winners which aired on CBC and PBS. Lee continues to support North American Asian artists in mainstream media and is currently working on a music documentary about Asians in the music industry as well as finishing her horror screenplay. As VAFF turns 25, Lee shares her veteran perspective on this landmark anniversary.

Barbara Lee: I had a short and wanted to find places to showcase it. And a friend of mine invited me to the Seattle International Asian American Film Festival. I saw Runaway starring Sandra Oh and it was a CBC production, and I thought “oh my gosh, this is so great, and it’s a Canadian film. There has to be something like this in Vancouver”. So when I came back to Vancouver to find one, I realized there wasn’t anything here or in the rest of Canada. So I thought, okay, we should do one, but I didn’t realize how hard it was [going to be]. So [I was] a little bit naive, and just had that youthful “I’m going to make a difference in this world” attitude.

VAFF: 2021 – it’s the 25th anniversary of VAFF. The focus this year is on past, present and possibilities. So, reflecting on the past 25 years, what is the one thing about VAFF that you’re most proud of?

Barbara Lee: I’m most proud of VAFF’s community that we’ve built. Twenty five years ago, if you were a filmmaker, there was really nowhere for you to go, nowhere to network or meet like-minded people and talk about your project. What VAFF has built is a community of filmmakers, creators, storytellers, production people, that can come together and really help each other build their story and produce something that can be shown to the world and community. Filmmaking sometimes is a lonely journey, and having a community to support and bounce ideas off [of] – just to go and maybe vent [to] even – is what I’m most proud of, that people realize it is a career, a path that they can actually find and continue and do. VAFF: So from VAFF’s conception till now, what is the most important lesson you’ve learned?

Barbara Lee: VAFF has built a lot of goodwill in the community, and I’ve learned that you do what you say you’re going to do. Following through has probably been the most important thing. When people work with VAFF, we truly are trying to be collaborative, and when we decide to do something, we try to do it the best that we can and we don’t drop things. We are committed to this purpose and this vision, and if we can’t do it, we’ll find [alternatives]. We’re an organization people can depend on.

Barbara Lee: VAFF is about community. It’s about feeling pride in where you’re from and who you are. And you don’t have to settle, and you can tell your story the way you wanna tell it, authentically and from your point of view. We believe that the traditional gatekeepers need to step aside and allow people of colour, communities of colour, and the underrepresented to have the ability to tell their stories and tell it the way they want to.

VAFF: Looking forward now, where do you see VAFF in the next 5-10 years?

Barbara Lee: VAFF is doing some really exciting things. We’re finally getting the funding we [wanted] for many years, that we were lacking. So I think we will do more in getting representation [both] in front [of] and behind the camera. We’d like to transform the film industry to normalize the presence of Asians as decision makers. We want to create pathways [to get] Asians into those decision-making positions, so that we can tell our stories without being hampered by other mainstream media telling us what we can and cannot say or do.

The 25th edition of the Vancouver Asian Film Festival starts in two days – this Thursday, November 4 – and runs until November 14, 2021. For tickets and program information, click here.