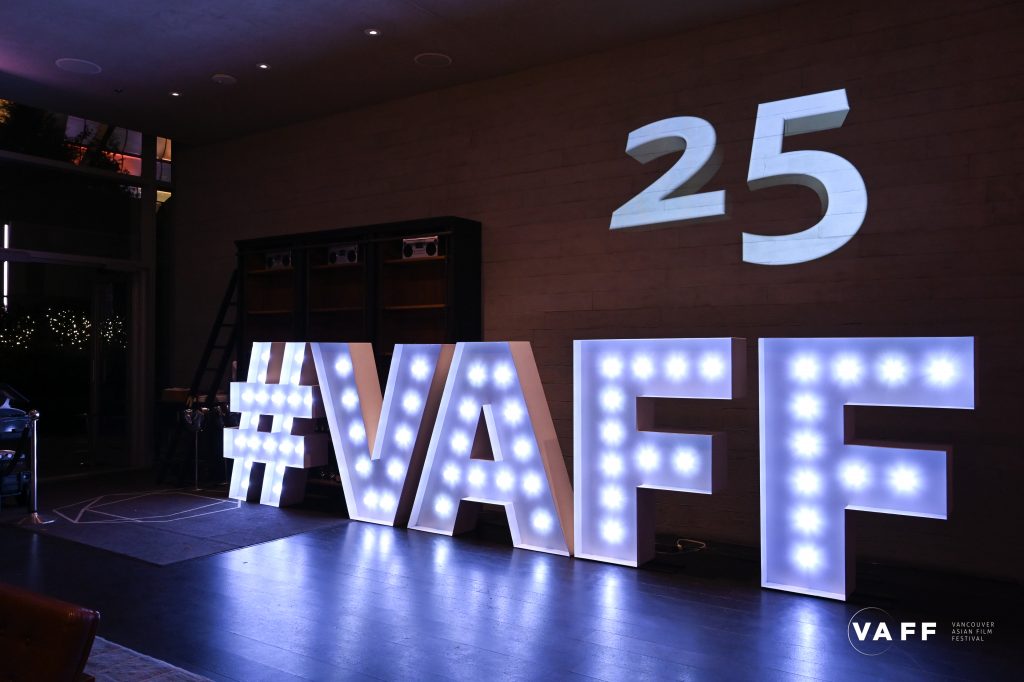 After a long year of fantastic preliminary events, VAFF25: Past, Present and Possibilities is finally underway! Here’s a recap of what you may have missed so far, starting with our opening night on November 5. The evening began with Rickshaw Girl by Amitabh Reza Chowdhury, based on the acclaimed novel by Mitali Perkins. After the screening, Chowdhury expanded on his film with a live streamed Q&A session. We delved deeper into the story behind character Naima and her journey to independence in Dhaka.

In these insightful and explorative sessions, our talented array of filmmakers answered questions involving creative inspirations and challenges, as well as past experiences and future endeavors that continue to inform their work. As a result, discourse was very much aligned with our theme for this year. Our lively audience will also have the opportunity for their voices to be heard through the People’s Choice Awards. Since the festival launched on November 4, voters have been re able to chime in on their picks for Best Performance, Best Short, and Best Feature at the end of each program. After casting their votes, attendees  have also been entered into that evening’s lucky draws. Another staple of VAFF’s program includes the RWFF, presented by VAFF Lifetime Patron Mr. Richard K. Wong. Mr. Wong has graciously offered VAFF $37,000 over the last three years, which enabled the festival to create the RWFF.

This year, after hearing about the judges’ difficult position in choosing only one recipient, Mr. Wong went above and beyond his 2021 commitment of $12,500 and topped up his sponsorship to a total of $17,000, greenlighting two terrific  projects.

We were honoured to announce the completion of TRAILBLAZN and To Make Ends Meat under the RWFF. Both films premiered on November 6 at the Cineplex International Village. The celebration of Asian-Canadian appreciation and buzzing creative energy continued at the Opening Gala, hosted at the D/6 Bar & Lounge at the JW Marriott Parq in Downtown Vancouver. There, Chinese-Canadian Vancouverite and rapper and producer Scope G performed the theme song of TRAILBLAZN, one of the films funded by the RWFF. Award-winning supergroup the Asian Persuasion All Stars were also present with an outstanding performance. The Gala featured a cake celebration in recognition of VAFF’s milestone 25 years promoting and uplifting Asian-Canadian creatives, filmmakers and storytelling in Vancouver. VAFF Festival Director Susan Hanson also took this opportunity to thank and pay tribute to VAFF Founder and President Barbara Lee. Hanson commended Lee for her vision behind the success and longevity of the festival. On November 8, the festival moved from in-person screenings to virtual events. VAFF On Demand, which lasts for a full week and takes place entirely online, features films such as  ITO by Satoko Yokohama, A Leg by Yaosheng Chang, and LUMPIA WITH A VENGEANCE by Patricio Ginelsa. Ticket holders of Lumpia also receive a free digital copy of the LUMPIA WITH A VENGEANCE: PRELUDE #1 comic book. A limited edition physical copy featuring the VAFF-exclusive cover is available to purchase here. We extend our deepest gratitude to all involved in making this year’s festival come into fruition. It has been a challenging but fulfilling path leading up to our 25th year, and we could not have done it without our dedicated team of volunteers, generous sponsors, and loyal festival attendees.

We celebrate not only the incredible talents and minds who have bared their vulnerabilities on screen, but also the community and camaraderie that VAFF has developed over the years.

As we continue to work around the ongoing pandemic, our in-person portion is unfortunately over, with the exception of our November 14 program. However, we invite you to continue attending virtually! Festival events continue online until November 13. For more information and program listings, please click here.