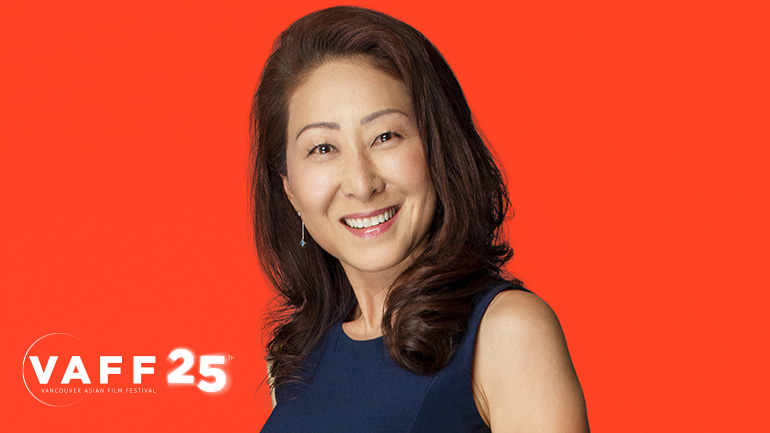 Actress Susan Hanson officially took on the role in early 2021

The Festival Director discusses the importance of VAFF, what she brings to the table as an actress, and her plans for the festival’s future in a chat with VAFF’s Alexis Ocampo.

Susan Hanson is a former Business Ed high school teacher with expertise as an English/Korean interpreter. She immigrated to Canada at the age of 7 from Seoul, South Korea, and got her first taste of performing at the age of 10 as a traditional Korean dancer. In 2005, she pursued her passion for acting starting with commercials, then moving onto TV, film and theatre. Hanson’s stage debut was as Umma in the play Kim’s Convenience at the Chemainus Theater on Vancouver Island.

VAFF: What inspired you to take on your role as festival director of VAFF?

Susan Hanson: To be honest, initially, I didn’t know about VAFF six years ago when I was first introduced to it. But watching VAFF over the years, what it stands for, what its goal is – to provide a platform for the underrepresented – I thought, what an amazing thing for me to get involved with. And the fact that I had an opportunity was very exciting. I was scared, to be very honest, because I didn’t know what I was getting myself into, but it’s been an exciting journey so far, and I’m very thrilled to be part of VAFF.

VAFF: How does your occupation as an actor influence your position as Festival Director, if ever? VAFF: Do you have any goals you’d like to achieve as the new Festival Director?

Susan Hanson: That’s a really challenging question. [Laughs] My goal for VAFF is for VAFF to be known everywhere. Not just across Canada or in the U.S., but globally. I want VAFF to be established for what it’s trying to do – we’re in our 25th year, we’ve come a long way, I feel we still have a long [way] to go, but we’re making great strides and I want us to be really known to everybody.

VAFF: Looking back at the past year and the pandemic, and given the rise of AAPI hate, what role do you think VAFF plays in addressing these social issues?

Susan Hanson: VAFF plays a very important role in providing a platform for the underrepresented. It’s about being heard, it’s about being seen, and I believe VAFF is doing a phenomenal job of doing that. With the birth of Elimin8hate – which unfortunately has come about because of the Asian hate – we’re given the opportunity [to have a voice] for those that are afraid to speak up. And through the film industry as an actor, as a producer or director – we’re given the opportunity to say, hey, we’re Asians, and we’re here and have a lot to contribute. Don’t judge us just by our ethnic background. See what we can contribute to society.

Susan Hanson: Opportunity. I believe VAFF is the conduit for so much talent as Asian-Canadians and the Asian diaspora. And VAFF provides the opportunity to showcase [that].

The 25th edition of the Vancouver Asian Film Festival kicks off in exactly two weeks – on November 4 – and runs until November 14, 2021.