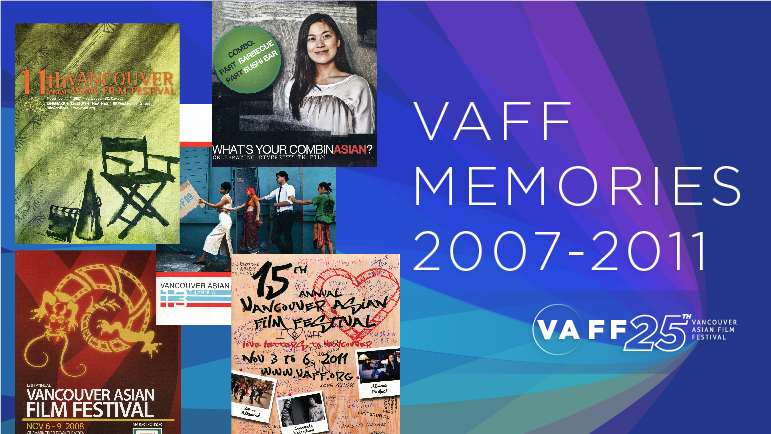 In celebration of VAFF25, we’re sharing the awesome highlights throughout the years that have led us where we are now. In this blog post, we’re tackling 2007-2011. Justin Lin, veteran director of theFast and Furious franchise, returned to kick off the second decade of VAFF. He spoke to VAFF audiences with In the Director’s Chair with Justin Lin, which shared his illustrious journey as an Asian-American in the industry, from budding indie filmmaker to Hollywood blockbuster success. The closing wrap party of VAFF12 took place at the now-closed Tunnel Multi-Lounge in downtown West Pender. The wrap party was a spectacular event that marked the end of a very successful festival, with an attendance of festival goers, celebrities, filmmakers and staff. The parties gave people an opportunity to relax, unwind and discuss the various films and happenings throughout the festival. VAFF13 featured a performance installation ad, which involved a small musical number that highlighted the need for Vancouver to address issues of cultural identity. VAFF served as a happy instrument for cultural education. The musical was performed over four days between October 30th and November 5th, with locations spanning from the Pacific Center, Vancouver Art Gallery and Metrotown. 2010 marked a particularly successful year for Filipino cinema. VAFF announced an entire program of Filipino content, notably featuring the Canadian premiere of Gerry Balasta’s The Mountain Thief. The film revealed the realities of people living in extreme poverty and what happens when their hope and survival is threatened. The Mountain Thief won the Special Jury Award at the San Francisco Int’l Asian American Film Festival and was part of the official selection for the New York Int’l Asian American Film Festival, Los Angeles Asia Pacific Film Festival, and Atlantic Film Festival. Like what you’ve read and want to learn more? Check out the previous post in this series here!