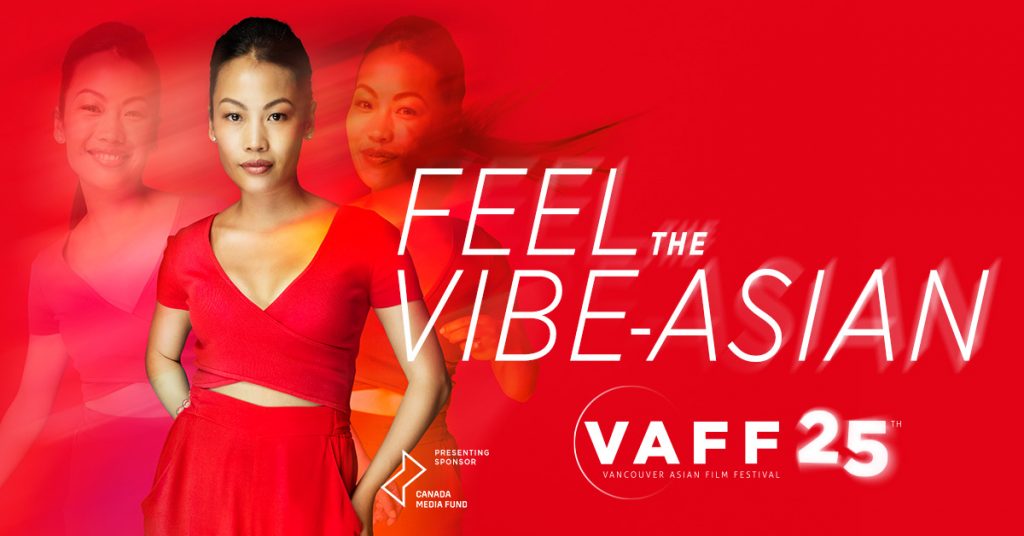 The campaign, which celebrates Asian vigour and brilliance, represents the key message of the 2021 Vancouver Asian Film Festival in its milestone 25th year.

Nhi Do grew up in Victoria, British Columbia, the second of three daughters to Vietnamese immigrants. Nhi’s love of performance and singing resulted in years of musical theatre while her insatiable need to make others laugh brought her to the competitive stages of the Canadian Improv Games. Nhi swiftly crossed over from the stage to film and television upon her arrival to Vancouver, and has since worked on a variety of projects such as: Zack Snyder’s Watchmen, the Canadian Screen Award-nominated web series, NarcoLeap, and as the title lead in Shaftesbury’s Upstairs Amy.

VAFF’s Alexis Ocampo caught up with Do to discuss her acting beginnings, her best performances, and dismantling cultural stereotypes, especially for Asian women in the film and entertainment industry.

VAFF: Going back to the beginning – what was a hurdle that you had to overcome starting out in your career?

Nhi Do: I think a big hurdle that everyone starts out with is [that] what is available to you is smaller roles. As POC, in these smaller roles, [we’ve had to settle for] more tokenized views, a stereotype of how society saw Asian people. So my hurdle was being seen in those roles as more than a token Asian. And being seen as a serious actor, and showing them that being Asian doesn’t necessarily mean being a stereotype, like a nerd, or a party girl, things like that. I think I was pretty blessed in my career that because there were more tokenized Asian roles, they were open to seeing a lot of Asian ethnicities for particular roles, so if the role was Chinese, they wouldn’t really cast authentically and [put] everyone across the Asian spectrum in front of the casting director, which allowed me to show off what I could do. VAFF: Today, what’s the most meaningful role you’ve played and why?

Nhi Do: Something I always try to do is be thankful for what I’ve had, because all experiences help me grow as an actor. ‘Meaningful’ pops up into my head in a couple ways. One, I would have to say my role in Watchmen was [a blessing] because it was my first time being able to represent Vietnamese people. And in the casting process, they were very specific about only seeing Vietnamese people in this role. And so, it was the first experience I had of a casting director wanting to cast authentically. So that was meaningful to me, that I got to play an actual Vietnamese woman, and not be a victim, either. She stood her ground, had her opinions, fought for her rights. And then the most meaningful role I’ve had most recently was in the Netflix series Made, directed by John Wells, [which] comes out this fall – I play a woman suffering from domestic violence, and so I’m one of the women at a shelter. And the authenticity, respect and thoughtfulness that came from John and the whole production into giving these survivors a true voice was so meaningful to me [in that] they took that time. It was nice to represent people who don’t [always] have a voice.

VAFF: Can you speak to any time when you’ve been cast due to an ethnic stereotype?

Nhi Do: Yes. [Laughs] Very shortly and bluntly, yes. Luckily, it hasn’t been too [often] in my career, but one of the times – it was a sitcom, and it was supposed to be very garish, very big, and so a lot of the jokes were riding on a lot of ethnic stereotypes. It was definitely my first time being tokenized. I played a very conservative, repressed A+ student, and then when my grandma wasn’t looking, I was a super sexualized party girl. I’m glad comedy has grown, and society and media has moved past that. I always look at past shows that have had these as hallmarks of society at that time, like little time capsules. And so I don’t regret doing it, I think it’s important to know where we came from to see how far we’ve come.

VAFF: You’ve taken on a lot of different roles – in the fantasy-action series Narcoleap, you play a very strong and empowered character. And then in Upstairs Amy, your artistic style and love of theatricality shines through. And these are starkly different roles that are empowering in their own ways – what have you taken from each role, and do you prefer one over the other? Nhi Do: These two roles are very special to me! In Narcoleap I started off as one character, and then the director, Kate Green, reached out to me with a possibility for season 2, and completely changing my character if I’d be open to it. Of course, I was totally game, and because it was in the early stages of writing, what came out [was] this totally badass, empowered trained agent. And something I took away from that is you never know where your role [will] go. So that taught me to always embrace every role, chance and opportunity with what you’ve got. Because that was a gift. I did not pitch that [character direction] to anybody. And they were speaking to my character’s Vietnamese heritage and open to hearing my opinions about it, so that was something that I just felt so moved by.

Upstairs Amy was such an incredible experience of doing comedy in such a fast-paced way. We shot it in seven days! [Laughs] That was my first time being number one on the cast list. It was a lot of prep, [and] we couldn’t have done it [without] the team that we specifically had. It was crazy – you had to come in with that pace and set the pace and tone right away. Our team was so strong and professional with what they did, and [we all] treated each other as if we were seasoned veterans. We just worked off each other, and that’s the beauty about comedy, you have to lean into the other person.

Preferring one over the other – that’s so hard! The best comedy has elements of drama in it, and the best kind of drama has elements of comedy. I think they’re very intertwined, much more than people think! 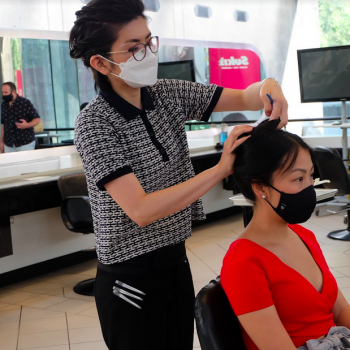 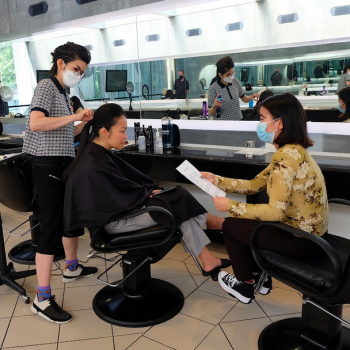 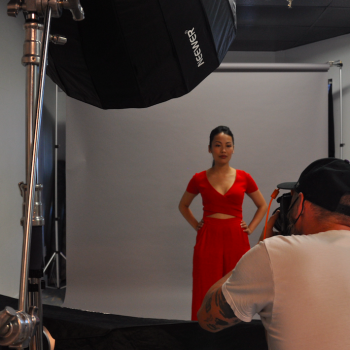 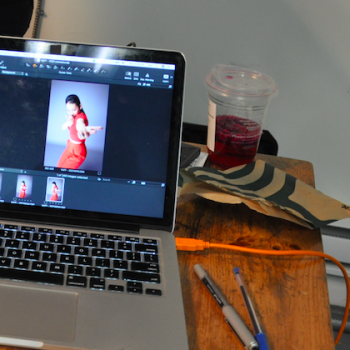 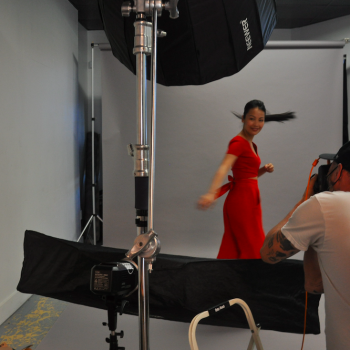 VAFF: Looking towards the future, what strides would you like to see for Asian-Canadian women in film, TV, or just the entertainment industry?

Next week, we will unveil the third VAFF25 ambassador as we inch closer to the festival’s major reveal of the films and programs that will be screened at VAFF this November. The official program announcement takes place the week of October 4, 2021.