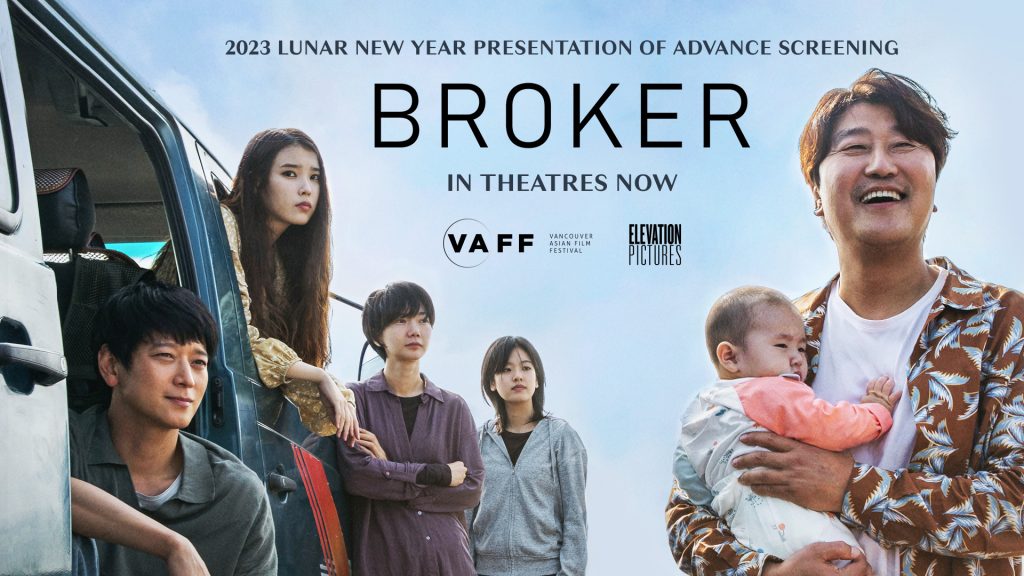 The South Korean film, BROKER, which stunned film festivals around the world this year, was one of the stand out features of 2022. With an incredible cast including Song Kang-Ho, Gang Dong-Won and Bae Doona, it revolves around characters associated with baby boxes, which allow infants to be dropped off anonymously to be cared for by others.

The film was selected to compete for the Palme d’Or at the Cannes Film Festival and won the Ecumenical Jury Award and the Best Actor Award for Song Kang-ho.

Get your tickets now before it’s sold out.

The film follows two brokers who sell orphaned infants, circumventing the bureaucracy of legal adoption, to affluent couples who can’t have children of their own. After an infant’s mother surprises the duo by returning to ensure her child finds a good home, the three embark on a journey to find the right couple, building an unlikely family of their own.