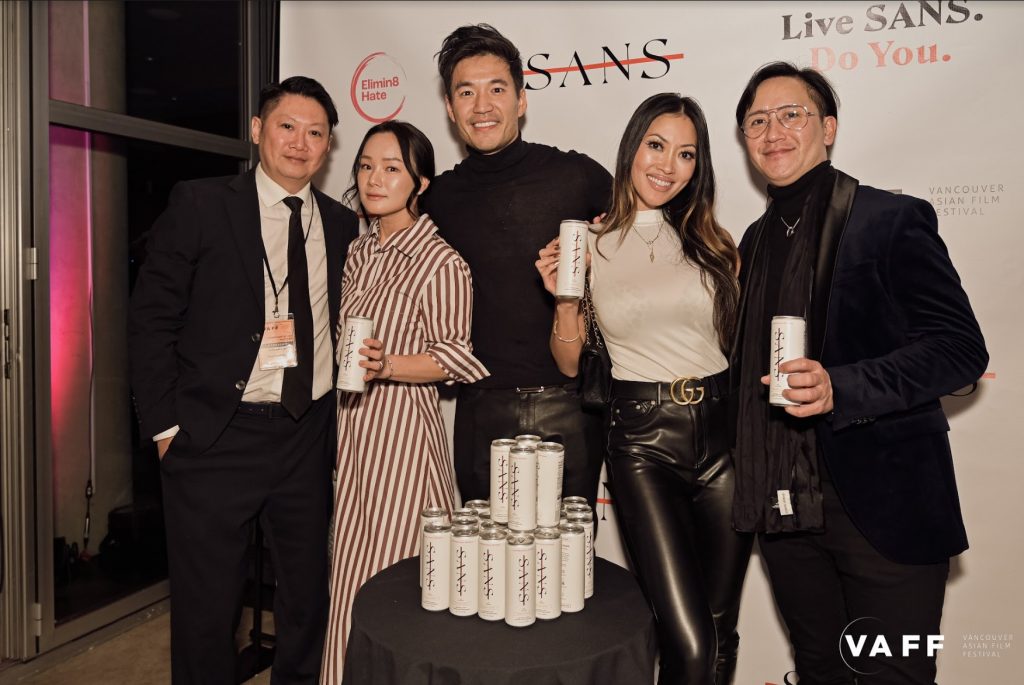 We’re almost halfway through VAFF 2022, as we continue our focus on this year’s theme: the importance of representation in film. Here’s a recap of what you may have missed so far, starting with our opening night on November 3.

Joe Scarpellino and Andrea Bang in Stay the Night (2022)

Festivities began with a screening of Stay the Night by Renuka Jeyapalan, a story about a one night stand between chronically single Grace and an on-the-outs professional athlete in town with a problem of his own. The film’s moving conclusion ended with an eruption of applause from a full house as Jeyapalan made her way to the front for the Q&A portion of the night.

Audience questions largely centered around Renuka’s struggles with the filmmaking process and her inspiration behind the film. Renuka expressed that she wanted to capture the essence of Toronto throughout the film and that after having originally shelved the script, she was pushed to modify aspects of her characters to increase their stakes. Citing one major change as the main male lead’s backstory from a movie star to a hockey player. Impacted by the pandemic, Stay the Night faced major delays with COVID shutdowns disrupting the reshoot schedule. On a closing note, Renuka encouraged new and upcoming filmmakers to never give up.

The celebration of Asian-Canadian representation continued at the Opening Gala, hosted at the D/6 Bar & Lounge at the JW Marriott Parq in Downtown Vancouver. The crowd was lively and buzzed with excited chatter as several speakers took turns to say a few words on stage. Opening night special guest, Kevin Kreider shares his journey of Asian representation with the VAFF26 attendees at the Opening Gala

Amongst the guests present, Netflix’s Kevin Kreider from Bling Empire was the VAFF Opening Night special guest and he had a few words to say. After several long minutes of getting the crowd to quiet down, Kevin made a moving speech about the importance of representation and what it means to keep the momentum going. His words clearly resonated with the audience who erupted in cheers and applause. One of many live musical performances throughout the night

The venue at the Opening Gala was filled with the angelic sounds of our talented array of performers including Isla Noir, Dano Wen & Athena Wong and Kristin Fung and The Fungateer.

Throughout the weekend, several other films also featured a Q&A session following their screenings. This included a plethora of our programs from shorts to feature films. We’ve included a few highlights from those sessions below:

“BFRB which stands for body-focused repetitive behavior…used to be something I was really ashamed of. I used to hate it but now it’s kinda my friend…it’s just challenging to just step outside the shame.”

Votes can be cast online at: http://vaff.org/vote/ In addition to all our exciting in-person events, we also have an extensive catalog of virtual screenings available between Nov 7 – Nov 13, 2022. VAFF Virtual Screening is our selection of online-only exclusive films which includes:

We extend our deepest gratitude to all those involved in making this year’s festival another success. Our dedicated team of volunteers, generous sponsors, and loyal festival attendees make VAFF possible. Thanks to the community’s continued support, our 26th year of the Vancouver Asian Film Festival is lively as always.

The family we’ve built here at VAFF over the years is all thanks to the like-minded individuals who believe in their craft and in uplifting our new rising stars. So, thank you again for making VAFF a safe space for our community.