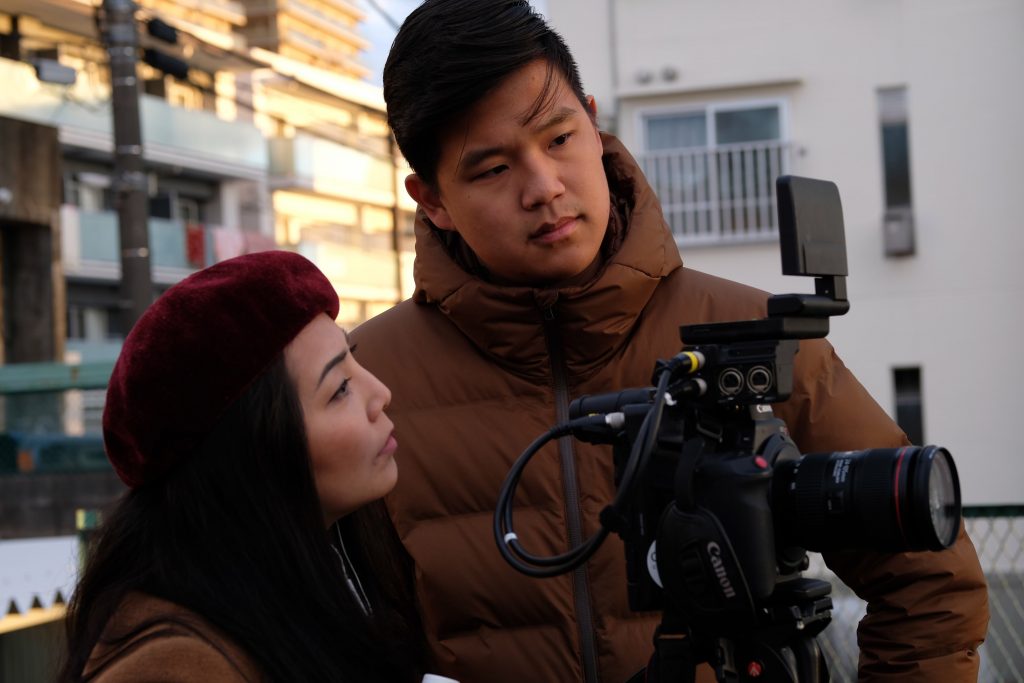 Summer is quickly approaching and so is the 13th annual Mighty Asian Moviemaking Marathon (MAMM), VAFF’s premier annual short filmmaking contest. Every year, MAMM fosters an environment for emerging filmmakers and offers them an opportunity to showcase their work to audiences and potential distributors.

This year, MAMM is introducing more programs and resources in mentorship of participants and welcomes to the team two new Creative Producers, Nach Dudsdeemaytha and Mayumi Yoshida. They will help launch MAMM by spearheading a day of “Diversity in Filmmaking” workshops under the VAFF Industry Insights Panel Series that will bring together industry leaders and professionals to shed light on how individuals from diverse backgrounds can thrive in various areas of the filmmaking process, and how the industry can embrace better representation behind and in front of the camera. Furthermore, they will also introduce workshops that will provide guidance for this year’s selected finalists. Both of them have extensive knowledge of the film industry and have written, produced, directed and starred in various films and episodic series.

Justin Kwan, the Digital Content Editor at VAFF, sat down virtually with Nach and Mayumi to discuss some of the exciting plans they have in store for MAMM 2018.

Look out for MAMM Creative Producers Nach and Mayumi this summer as they bring together industry leaders and professionals to shed light on how minority groups strive in various areas of the filmmaking process.

Justin Kwan (JK): Thank you so much for joining me today. First off, from everyone on our VAFF team, we would like to officially welcome you both to the VAFF family. To get things started, could you tell us what inspired you to join this year’s MAMM team as our Creative Producers?

Mayumi Yoshida (MY): I saw a lot of potential in MAMM to be a great platform for local indie filmmakers to practice their skill and showcase their talent in the Asian community. Vancouver is often referred to as one of the most “Asian” cities outside of Asia so this is great place to be engaging in this kind of work. I’m so excited to work with such a talented and diverse city.

Nach Dudsdeemaytha (ND): I think there is a huge pool of underrepresented talent in this city that need a platform where they can create, and MAMM has a great potential to be a platform that can offer exactly that. I want to be able to contribute to MAMM’s growth and success and foster the amazing local talent that we have.

“I think there is a huge pool of underrepresented talent in this city that need a platform where they can create, and MAMM has a great potential to be a platform that can offer exactly that.” – Nach Dudsdeemaytha

JK: Now both of you bring a wealth of experience and knowledge from the film industry. Nach, you are the co-founder of This is a Spoon Studios, a local production company that specializes in narrative and commercial work. And your latest project, Inconceivable, is a 6-episode web series funded by STORYHIVE. How did you start your career in film and production?

ND: I co-founded my production company This is a Spoon Studios right after graduating university, and I remember the first thing we did as a company was create Run & Gun, which is a 48 hour film race event, so right away, we really got involved with the indie film community. Seeing how many passionate filmmakers there are in this city, hungry to create great content really inspired me to get involved in any way I can. I’m very lucky to have met some amazing collaborators along the way in this community who have played a huge part in shaping my career now. JK: Some would argue that in order to be successful in the film industry, you need to be not only talented but also well-rounded and versatile.  Mayumi, in your most recent project, the film Akashi (2017), you marked your debut as a filmmaker. In addition, you also wrote, produced, directed, and starred in the film. Having experiences on both sides, as an actor and a producer, how did you acquire all of these different skills?

MY: It came from necessity because I didn’t know any Japanese writer or filmmaker who could help tell my story. So I learnt most stuff as I ran into problems and solved it by asking people or learning on youtube lol. It did help that I had experience in acting, because with writing and directing it’s still about storytelling so it was a smoother transition. But I had many people supporting me and teaching me as I was making the film. Nach and Mayumi on the red carpet.

JK: One of the core missions of MAMM (and more broadly VAFF) is to create a space for upcoming North American Asian actors and filmmakers. Thinking back to when you first started out in the industry, what advice would you give to aspiring and upcoming filmmakers who are just beginning their careers?

MY: My advice for young and upcoming filmmakers can be summarized into four key points. First, don’t ever wait for the right time to do something, otherwise, you’ll never end up doing it. There’s no better time than the present. Second, never compare yourself to others, it’s a waste of time. Set personal goals that are reasonable and within your limits. Third, always remember that you are always in full control of your own career, regardless of what anyone else says. And finally, don’t ever be afraid to ask for help, there’s a huge community within the industry and we are all working towards the same thing.

“Always remember that you are always in full control of your own career, regardless of what anyone else says.” – Mayumi Yoshida

JK: For those who are think about joining MAMM, what are some of the unique skill-sets and opportunities that our attendees can gain by participating this year?  What should people expect when attending “Diversity in Filmmaking”?

MY: If you’re passionate about diversity in filmmaking, it’s the perfect place to find other people who are as well. The community and connection you will gain through this event is so precious, because that may help your upcoming project or even start your career.

ND: Some of the very first film projects I worked on were in film competitions like MAMM, where you get to meet so many other creators who come together solely for the love of the craft. Hopefully, we create connections that will grow for many years to come. At the panels, everyone will also get a chance to connect and learn from professionals who are champions of diversity in this city. JK: And finally, in addition to your work at MAMM, what are some of your other upcoming projects that we can lookout for in the near future?

MY: Me and Nach are both finishing up our short we shot in Japan that we co-directed and co-wrote called “Tokyo Lovers”. I am also in post for a Comedy short called “Jesse and Alex”. I’m turning my short AKASHI into a feature film so I’m working on writing that, and also me and Nach are co-directing a Storyhive Short called “Gajok” written by Lee Shorten. There’s other projects here and there, so you can keep up with what I do at @immyyoume on social media.

ND: On top of everything that Mayumi has said, I’m also in post production for a number of short narrative projects. And on top of that I am prepping for a short I’m co-producing with Marena Dix, which is the 2018 MPPIA Film Competition Winner 20 Minutes to Life, directed by Veronika Kurz. @nachsays for all the updates!

JK: Thank you Nach and Mayumi for sharing your experiences with us all. We look forward to hearing more from you in the near future.

VAFF’s Mighty Asian Moviemaking Marathon will take place this year between June 9th and July 13, 2018. To learn more about the event and how to participate, visit our MAMM homepage.