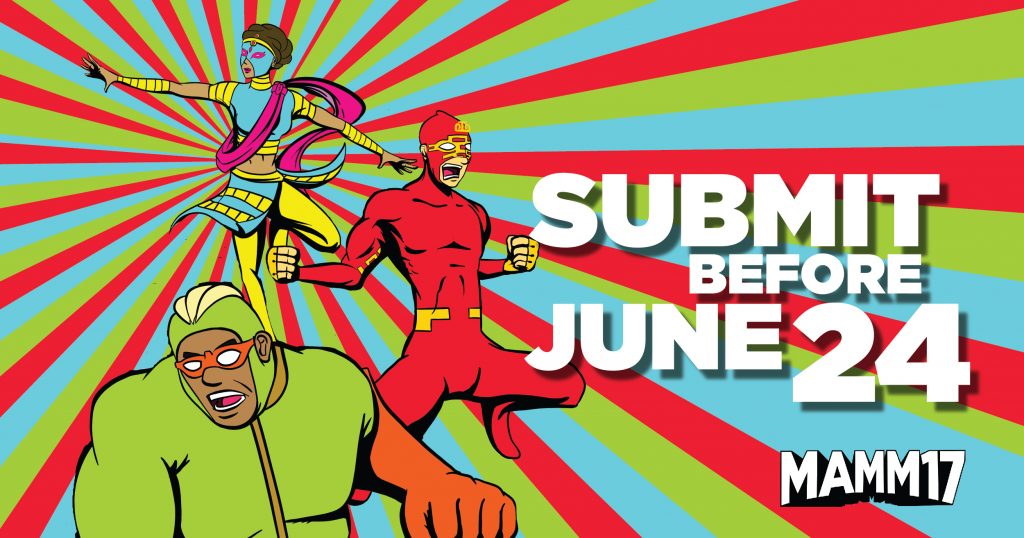 The MAMM Chronicles is back!

Episode 1 of the MAMM Chronicles 2.0 is here!

The short series that follows the journey of our MAMMers in an alternate superhero universe is back for a second iteration. Find out what Avant, Illume, and Opus are up to one year after defeating the villain Deadline Hour Zero and saving films from extinction!

Remember our superhero trio, the MAMMers, who beat the deadline last year and completed their film despite all the trials and tribulations set forth by the villain Deadline Hour Zero?

A year has passed since the events of the MAMM Chronicles, and Deadline Hour Zero’s threats of making films cease to exist are a distant memory. Life is back to normal, and everyone is enjoying watching their favourite films in cinemas again. But what are the MAMMers up to now after saving filmmaking from extinction?

Avant, the writer, now owns a mansion with the money he made from the film he wrote. Illume hasn’t given up her love for teaching and started her own film school, offering workshops for up and coming filmmakers. As for Opus, the director, he bought Vaudeville, the local theatre he used to volunteer at, and he’s put his accounting skills to good use, turning Vaudeville into a lucrative venue that showcases world-class performances of Broadway productions.

One lazy Saturday afternoon, the trio is gathered at Avant’s mansion, bouncing ideas back and forth about what their next film project should be, when the phone suddenly rings. Avant answers the call, and his eyes light up with joy when he discovers what the call is about. He winks at Illume and Opus, who are now itching to find out who’s on the line. Who is the caller and what could they possibly want?

Find out in the next episode of the MAMM Chronicles 2.0, two weeks from now.

And if you want to get a head start in filmmaking, why don’t you follow in our MAMMers’ footsteps and pitch your own film concept? You could be in the running to produce your own short film this summer. Make sure you turn in your submission by June 24 to be considered! More information on how to do so can be found here.