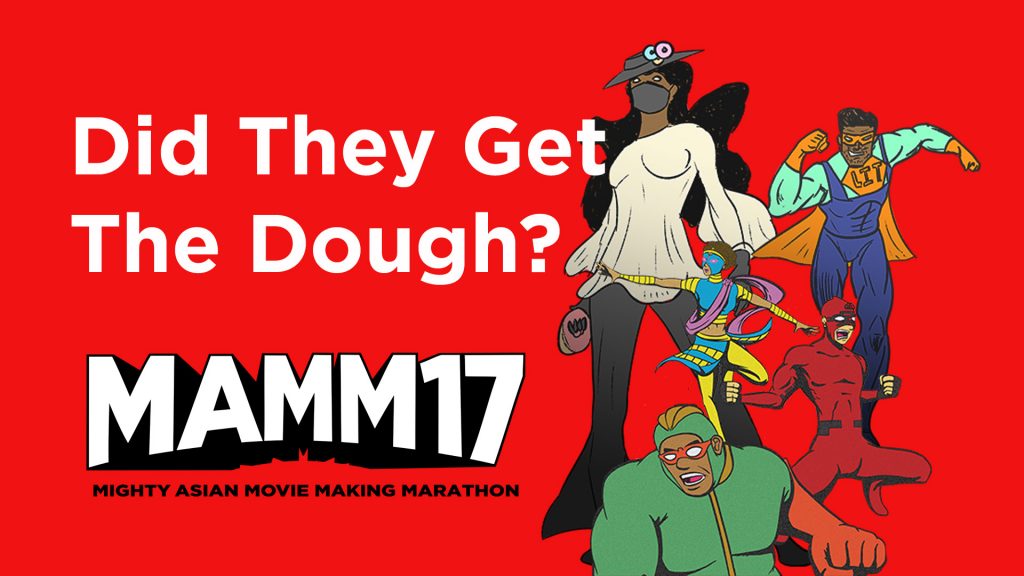 Did They Get The Dough?

Previously on the MAMM Chronicles, the MAMMers received an ominous message threatening to make it financially impossible for any film in production to be completed. Do our heroes have what it takes to bring their film across the finish line and prove that they can be, once again, the victors?

The MAMM Chronicles continues with our MAMMers stuck in a predicament. They thought their troubles were over when Deadline Hour Zero, aka 04-00H, was defeated. Alas, things have been anything but smooth sailing since our heroes received a threatening message. The only information they have about their new nemesis is that her name is Dough-Nut. She’s all about that “dough” and even more “nuts” about money.

If Avant & Co. want to save themselves and the other films in production, they must stop Dough-Nut at all cost. The team tries desperately to keep Dough-Nut from swindling them out of their money and resources, but to no avail. They are constantly bombarded with scam emails and notices of supply chain issues, nearly bringing their film to a screeching halt. When all hope seems to be lost, Litnicity’s unique skills as a producer come to good use. After all, he’s “lit” (as his name suggests) with ideas and creative ways of making things happen. With a renewed fervor, our team gets “lit” up and ready to continue the fight.

While Dough-Nut uses every trick in the book to prevent their film from being made, Litnicity always finds a way to procure the MAMMers what they need. When Dough-Nut hacks into their bank account late one night to steal the movie’s budget, she finds nothing except an empty balance filled with zeros. Thanks to Litnicity’s foresight, he turns to Opus the director and gets his expertise in accounting and finance to trade the film’s budget for NFTs. He uses them as currency in exchange for all the team’s needs. Talk about being “lit”!

In another instance, Dough-Nut purposely delayed plane and boat shipments of new equipment to create shortages in the local market. But Litnicity outsmarts Dough-Nut once again. He tracks down the equipment they need in faraway stores and puts his F1 driving skills to good use, speeding past many kilometers just to purchase all the supplies needed for the set. Even if it means driving through the early hours of the morning, if there’s a need, you’ll be sure to find Litnicity handling it.

Unfortunately, Dough-Nut also isn’t one to give up easily, even if it means resorting to petty crime. In another one of her attempts to sabotage our heroes, she hires henchmen to go on set as extras to steal the MAMMers’ wallets. Yet again, Litnicity planned ahead, tasking Cinematographer Illume with alerting the team to empty their wallets of all debit and credit cards and replacing them with cards artfully designed by her that say “Lookin’ for the dough? Try harder next time!”

The constant push and pull with Dough-Nut is relentless, but alas the tide has begun to turn. And our MAMMers are finally seeing their film come to life after all the trials and tribulations they have faced.

Meanwhile, Avant the writer, with his investigative reporting background, wants to uncover the truth about Dough-Nut, so he speaks to his sources in his quest for more information. What he discovers is truly shocking, even to him, despite all his years of covering unusual stories as a reporter. But what truth has he uncovered about Dough-Nut? Find out during the grand finale at the MAMM17 screening gala and awards presentation, next Friday, August 26, 2022.