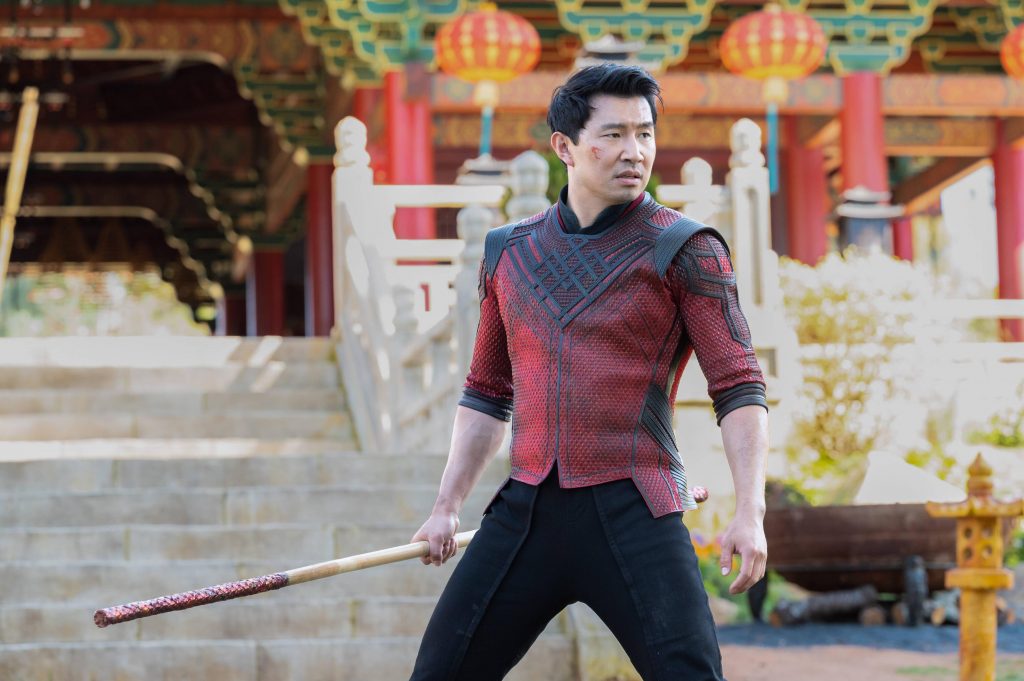 Shang-Chi and the Legend of the Ten Rings: Rise of the Asian Hero

As we celebrate the beginning of Asian Heritage Month, we take a look at how Shang-Chi and the Legend of the Ten Rings’ portrayal of the Asian American and Asian Canadian community contributes to Asian representation and pays tribute to Bruce Lee as the original Asian hero in cinema.

From left, Awkwafina as Katy and Simu Liu as Shang-Chi in “Shang-Chi and the Legend of the Ten Rings.” | Photo Courtesy of Marvel Studios

With the recent success of Shang-Chi and the Legend of the Ten Rings, Simu Liu captivated audiences as a skilled martial artist forced to confront his past with the Ten Rings organization. His character draws upon many elements familiar to Chinese culture from its use of spoken language and societal values to the inclusion of mythical creatures.

Though this isn’t the first time we’ve seen an Asian actor fill the shoes of a superhero, representation of the Asian American and Asian Canadian community has certainly changed since the days of legendary actors like Bruce Lee or Jackie Chan.

The emergence of Shang-Chi as one of the newest additions to the Marvel roster exposes a wider audience to the beloved elements traditionally found in many wuxia films. Liu’s addition to the beloved Marvel Cinematic Universe, allows dedicated and casual fans of the film alike to experience the joy and wonder many of us felt growing up watching our favorite martial artists duke it out on screen.

We want to examine how Shang-Chi not only builds upon the work of icons who helped paved the way for its existence, but also how it contributes its own refreshing elements into our continual discussion surrounding representation.

For many, Bruce Lee’s contributions as a cultural icon are unforgettable, as his rise to stardom occurred during a time where Hollywood regularly relied upon caricatures and stereotypes for Asian roles, at times to the extreme of using white actors in yellowface to portray an Asian character like Mr. Yunioshi, who was notoriously played by Mickey Rooney, a white man, in Breakfast at Tiffany’s.

Lee’s refusal to abide by the expectations and pressures of outdated Hollywood standards made the world see someone actively working to break the mold, even when it meant pushback from both Eastern and Western audiences.

As Marvel’s Stan Lee said best, “I think any character that was in any way a martial artist, you’d have to say that they owed their origin in some way to Bruce Lee, because he was the first one to make Westerners aware of that type of fighting and that type of a way of life” (How Bruce Lee Changed The World, 2009).

Similarly, in an interview with NextShark, Liu also shared his appreciation for Bruce Lee’s contributions, stating that, “I think Bruce Lee’s contribution to Asian American culture goes far deeper than martial arts. He was about so many things, but perhaps most of all, I think building a bridge and understanding the universal human experience. He really was a child of the world.”

Since Lee’s passing, there have been a multitude of Asian heroes who have carried his legacy forward. Household names like Jackie Chan and Jet Li made waves during the 80s/90s for their contributions to the martial arts genre as well as Donnie Yen who famously portrayed Wing Chun grandmaster Ip Man throughout the Ip Man series from 2008 to 2019.

Though there is an impressive catalog of films chronicling the evolution of an Asian hero throughout the decades, it comes with a complicated history. One where Asian heroes and martial arts have become synonymous. A relationship that Liu has admitted to struggling with.

“I grew up loving Jackie Chan and Jet Li and certainly Bruce Lee, but as I got older, I started to question: Is that all we have? Is that all that the world sees in us — that that is the only value that we have, particularly in the entertainment industry?” (NBC, 2021).

Questions like these still remain unanswered, but there is hope that worldwide recognition for films like Shang-Chi and the Legend of the Ten Rings show the endless possibilities Asian actors hold outside and within the martial arts genre. That we rightfully deserve a place in all film genres from romantic comedies to action adventures and beyond.

While Lee opened up many doors, Shang-Chi helped progress his vision into the modern day. Amid the backdrop of a global pandemic, where anti-Asian stereotypes have led to violent outbreaks, Shang-Chi is a character who provides the public with a recognizable figure. One that unapologetically celebrates all aspects of Asianness from its predominantly Asian cast and use of Mandarin throughout the film as well as various martial art styles like Tai Chi and Wing Chun. Just like Lee, this film grabs people’s attention and lets them experience a sliver of our culture.

According to Liu, “So much of the Stop Asian Hate narrative, I personally think, is centered around just a lack of familiarity with our faces, with our culture, with our names — all of that” (NextShark, 2021).

While it is important to acknowledge the ways that martial art films were groundbreaking, Shang-Chi opens a different set of doors. It exposes a wider audience to martial arts, but most importantly it provides a newer generation of children a hero they can latch onto. Liu’s character contributes one simple yet effective element towards representation: visibility.

“I don’t think I should be held to any sort of pedestal. I just think that I’m going to be one of those voices that are unapologetic, that are supportive of our community, because we just haven’t had that many over time. And certainly I think we’re at that stage where we are starting to learn as a community as a whole, that we are stronger together than we are apart” (NBC, 2021).