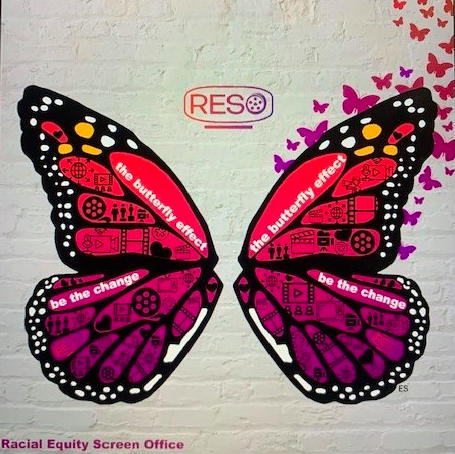 After over a year of intensive advocacy work, the Vancouver Asian Film Festival, the Racial Equity Screen Office and the Documentary Organization of Canada are pleased to see the public release of the racial equity audit of British Columbia’s Knowledge Network (KN). The report provides stark quantitative evidence to what many have experienced personally: the gross racial inequity in funding at British Columbia’s sole provincially funded broadcaster.

Adds Barbara Lee, Founder of the Vancouver Asian Film Festival and the Racial Equity Screen Office: “We are heartbroken for all those filmmakers from the BIPOC community over these 7 years and without a doubt the years before that who were made to feel their voices and stories were not valued or compelling enough by their own broadcaster.  We know that Knowledge is not alone in this, and we do credit Knowledge Network for having the courage to uncover the depths of the damage they have inflicted. This is just one example of systemic racism in action where the blame can not be cast on one, but everyone in the system should be held responsible and accountable for the harm done to underrepresented communities.  The only path forward is for municipal, provincial, and federal broadcasters that receive government support to set specific equity targets for commissioning, prelicensing and acquisition.” – Barbara Lee, VAFF and RESO

Knowledge Network’s  racial equity audit is accompanied by a plan of action that will be implemented this year, in order to begin to address the distressing findings of the Report. This includes:

“This report is the result of an enormous amount of labour by the Vancouver Asian Film Festival’s Barbara Lee, and myself along with my Board at the Documentary Organization of Canada’s BC, YT and NWT Chapter with the support of our National DOC office and the CMPA-BC.This is certainly a beginning but there is a long road ahead to dismantle the systemic forms of injustice we have been living with in the production industries in Canada” says Patel, who adds that numerous other organisations supported this important work. “Our efforts have benefitted from the invaluable support of the Black Screen Office, BIPOC TV & Film, Coalition M.E.D.I.A, the Racial Equity Media Collective, and Creatives Empowered, who are part of a broad coalition toward racial equity in our industry.”

RESO is a Vancouver based national office that supports the mentorship, training, funding, production, and distribution of content by racialized Canadian filmmakers with diverse stories told through our diasporic migrant lens with a major goal to build greater business opportunities and markets for content from racialized communities in and outside of Canada.

At RESO our focus is on the distinct nature of the immigrant diaspora and the opportunities, realities, and stories that live within our communities and our lived experiences. RESO is founded on the core principle of collaboration to address the culture of scarcity within governmental funding bodies. These processes prevent community organizations from cooperating with one another.