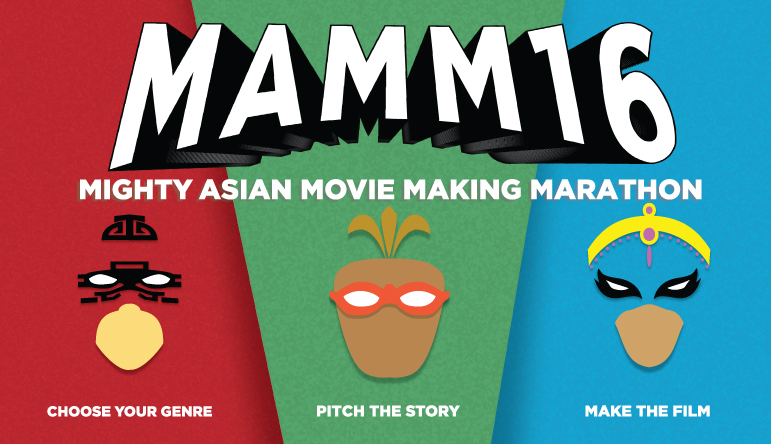 MAMM teams gear up for production phase of the competition

Beginning at midnight on August 6, all the way till 11.59pm PDT on August 15, 2021, the 15 MAMM teams will put together their short films for a chance to win one of the coveted awards at this year’s MAMM16 screening ceremony on August 27, 2021.

There will be 13 awards given out this year in the following categories:

MAMM is Vancouver’s only annual short filmmaking competition with a specific focus on diversity. The competition is awarding $500 to the top 8 teams making their MAMM 10-minute short, as well as in-kind support for the production.

The official 8 teams for the 10-minute Shorts category (in no particular order) are:

The official 7 teams for the 1-minute Ultra-Shorts category (in no particular order) are:

The judges who will choose the winners all come from very diverse film backgrounds.

Our first judge is award-winning actress, writer and filmmaker Agam Darshi. In 2020, Agam starred in HBO Max series “DMZ”. Prior to this, she wrapped a lead role on Oscar-nominated director Deepa Mehta’s newest film FUNNY BOY (Netflix), for which Agam has been nominated for a 2021 Canadian Screen Award. Agam Darshi also recently wrapped principal photography on her directorial debut of the feature film, DONKEYHEAD, funded by Telefilm Canada, in which she stars as Mona Ghuman, a failed writer who cares for her ailing father for seven years. DONKEYHEAD was one of six scripts selected as a part of the Whistler Film Festival Praxis Screenwriter’s Lab in 2018, and was awarded a grant by the Saint John’s Women’s Film Festival, in collaboration with the DGC. In 2020, Agam was a Film Independent Project Involve writing fellow, and the co-founder of VISAFF, The Vancouver International South Asian Film Festival. Currently in its 11th year, the festival works at bridging the gap between mainstream audiences and South Asian talent.

Our second judge is acclaimed producer Aaron Au. As part of Brightlight Pictures, Vancouver-based Aaron Au has been developing, packaging and producing feature films and television series since 2001. Aaron Au joined the team in 2016 and currently serves as Director of Production and Development. He has produced films such as WOKE (Pilot – Sony/Hulu), 2 HEARTS (Feature – Independent/Netflix) and FIREFLY LANE (Series –Netflix). Aaron is currently developing the series adaptation of BANANA BOYS by Terry Woo.

Last but not least, our third judge is renowned English Filipino director, writer, and director of photography Andrea A. Walter. Her credits include Empty by Design (writer. dir. dp), The Fabulous Filipino Brothers (dp) and she’s currently working as a Creative Producer at Twitch. She has an upcoming feature film as the DP for a Jhett Tolentino production and is set to direct The Girl from Saint Malo, which is in development with Morgan Freeman’s company, Revelations Entertainment. When not working on film productions she is usually binging on a video game and having loads of bubble tea.

The top films selected by the judging panel and the winners of the people’s choice awards will be announced at the MAMM16 official screening event on August 27, 2021, before being showcased at the 25th annual Vancouver Asian Film Festival, November 4-14, 2021.