Every year, the Vancouver Asian Film Festival hosts a short-filmmaking competition to encourage local talent to try their hand at filmmaking. The Mighty Asian Filmmaking Marathon (MAMM) is now in its 13th year, and as the numbers prove, it was the biggest one to date. The Rio Theatre was packed last September 9th, 2018 as over 400+ people braved the rain and wind to attend the sold-out screening. Eight 10-minute short films and nine 1-minute ultra-short films were screened at the event. Each film was unique in their own way. Each showcased varied storylines and represented quite a number of genres. From drama to comedy, even horror, and sci-fi.

The night started off with the host, the very energetic Nhi Do, welcoming everyone to the event. Opening remarks were made by VAFF Festival Director and MAMM13 Producer Lynne Lee and VAFF President and Founder Barb Lee. VAFF Marketing Director and MAMM13 Producer Vincent Wong was joined by MAMM13 Creative Producers Mayumi Yoshida and Nach Dudsdeemaytha to say a few words about this year’s Mighty Asian Moviemaking Marathon – to a successful Kick-Off with the Diversity in Filmmaking Panel, the highest number of submissions ever, and the first-ever MAMMentorships Program for the selected teams. The film screening kicked off with a set of ultra shorts followed by a selection of shorts: The Mighty Asian Moviemaking Marathon (MAMM) celebrated its 13th year of supporting and showcasing emerging local filmmakers with a bigger competion including more direct industry training and associated events than ever before.

After the 15-minute intermission, where filmmakers and event-goers alike mingled and caught up with each other, the second half of the screening resumed.

The second half of the screening began with the remaining 1-minute short films. The awards ceremony happened right after all films were screened. The audience was then given a chance to vote for their fan-favourites for “Best Overall Short/Ultra-Short” and “Best Overall Performance”.  The winners for the adjudicated categories were already handpicked by the judges Crystal Lowe, Lawrence Le Lam, and Megan Lau prior to the screening. The winners for the 1-minute ultra short category was announced by Lawrence Le Lam. The winning team for the 1-minute ultra short category was Team Lannister with their film J’adoube and the 2nd runner-up was Team The ChoZen Ones with their short Too Late.  An Honourable Mention was given to Team yllw for Fortuitous. The winners for the 10-minute category were presented by the sponsors, representatives from LND Studio and Novous TV. The winning film for the 10-minute category was Bunny Man by Team Bunny Man, and in 2nd place was the film Evoked by Team Travesty. An Honourable Mention was given to CR: Complete Reality by Team Eunoia. The winners for the fan-choice awards were not announced that night. The immense amount of support of all of our simultaneous voters ended up crashed our voting server – first-ever occurrence in our Fan’s Choice voting history. However, the teams were subsequently  announced on social media and the winner: the Best Overall Short/Ultra Short went to Bunny Man and the winner for the Best Overall Performance went to Milton Ng for Followers: Wifi – Interrupted.

Watch below to see the slides and behind the scenes featurettes shown during our MAMM13 Awards Presentation! Thank you to Nach Dudsdeemaytha and This Is A Spoon Studios for compiling our Behind the Scenes and 1-minute Ultra Shorts montage videos! 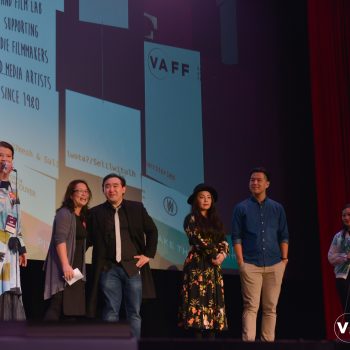 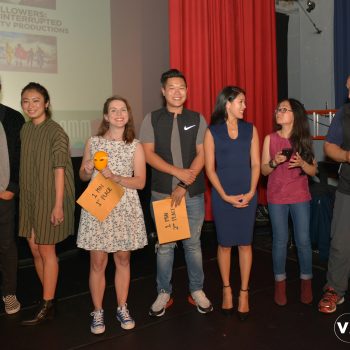 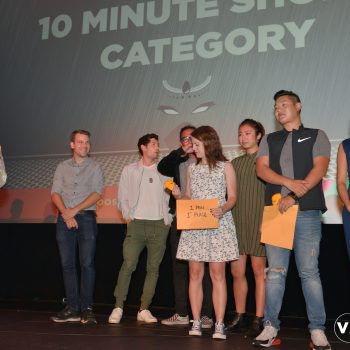 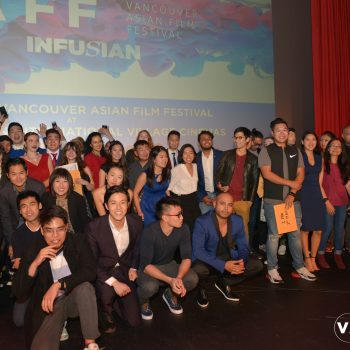 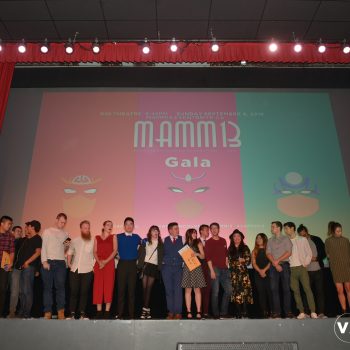 MAMM13 was an unprecedented success and was the most well attended MAMM to date. All teams were incredible in their own right. If you missed out, or want a second chance to catch some of these films, look out for the winning films to be screened at this year’s 22nd Annual Vancouver Asian Film Festival Nov 1-4, 2018, as part of the Canadian Shorts program! It was indeed a great event to kick off the excitement for our upcoming festival!