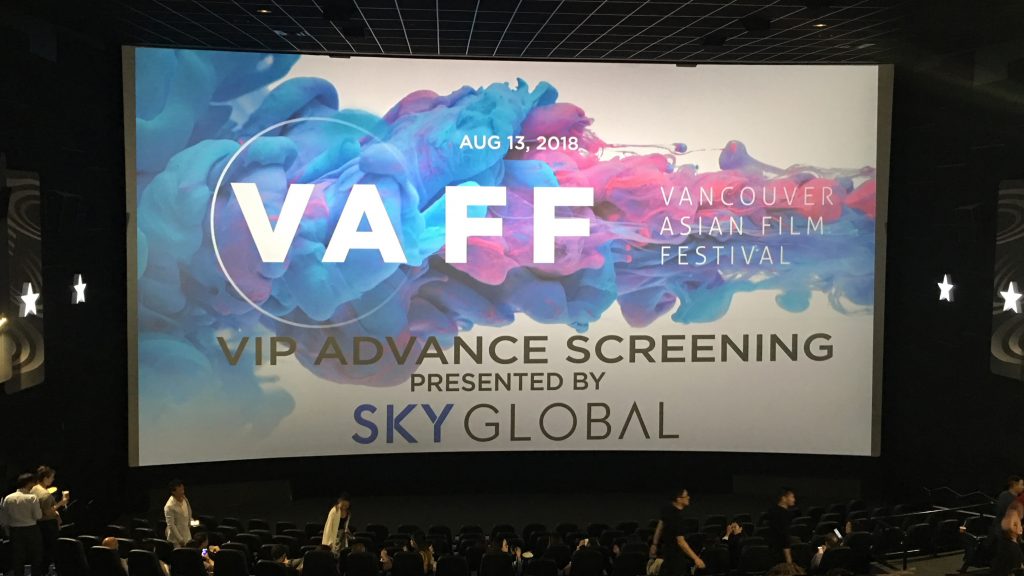 A Triumph for Diversity: Crazy Rich Asians is Showing That There’s a Demand for Representation

Crazy Rich Asians. The movie has taken Hollywood by storm, making $34 million at the box office over the first five days and beating out the film’s originally projected $18 million opening [edit. as of Aug 22nd, its opening weekend has tallied close to $45 million at the box office and a sequel is already in the works!]. If anything, it has sent a strong message to studios that yes, North American audiences want diversity and want to see it on screen now. VAFF was recently proud to be a part of a series of theatre buy-outs across North America to support this milestone in Asian representation and ensure that Crazy Rich Asians received the #GoldOpen it deserves. Our private advance screening was sponsored by Sky Global, attended by a full theatre of nearly 400 sponsors, supporters, changemakers, independent filmmakers, and VAFF members, and the event was quite the success. The film’s razor-sharp humour and witty satire filled the theatre with laughter throughout the screening and judging by the chatter from the after-party, there certainly was a consensus that this was a thoroughly enjoyable film. We have been waiting 25 years since Wayne Wang-directed The Joy Luck Club (1993) for a Hollywood movie to feature an all-Asian cast and this was certainly a strong movie to hopefully open the doors once again for more Asian-led stories.

VAFF was recently proud to be a part of a series of theatre buy-outs across North America to support this milestone in Asian representation and ensure that Crazy Rich Asians received the #GoldOpen it deserves. Crazy Rich Asians, based off the best-selling book of the same name by Kevin Kwan and directed by Jon Chu, and is a sweet, funny, energetic Cinderella story that anyone can enjoy. In the film, Chinese-American university professor Rachel Chu (Constance Wu of television’s Fresh Off the Boat) has been dating her Singaporean boyfriend Nick Young (Henry Golding) for two years when he invites her home to Singapore for his best friend’s wedding. He has neglected to tell her that his family is also the most ultra-wealthy of the Chinese-Singaporean elite, and so she is suddenly thrust into this rich, crazy world that is full of traditions and customs that she’s not used to. It’s a wild ride from start to finish that will surely have you laughing, and at times, pull at your heart strings. (Side note – Michelle Yeoh is brilliant as Nick Young’s mother and steals the show in my opinion). Having read the book, I believe it to be a faithful adaptation, with at some points even improving upon the source material. After the advanced screening of Crazy Rich Asians, moviegoers celebrated this important milestone with a Crazy Rich Cocktail experience thanks to our sponsor Urban Thai Bistro in Yaletown.

One thing that I find interesting is that some people are criticizing the movie for representing only certain Asian demographics — the biggest critique I’ve seen points out the movie’s heavy focus on upper class East Asians when Singapore is quite the diverse hub, and the home of many groups and ethnicities. It is true that the movie does not explore the different communities within Singapore, however, this is just one story within the Asian experience — no film can hope to capture all of the experiences within a community as diverse as the Asian diaspora. The last all-Asian movie from Hollywood was 25 years ago, so to say Asian representation in film has been limited is a vast understatement. No, this movie does not represent all of Asia and all Asian experiences, but it’s a start. The goal is for this movie to open the floodgates of an influx of Asian experiences and stories coming out of Hollywood that will be inclusive and diverse, and not just one representation of all Asians. So please, go out and support this wonderful movie.

The last all-Asian movie from Hollywood was 25 years ago, so to say Asian representation in film has been limited is a vast understatement. No, this movie does not represent all of Asia and all Asian experiences, but it’s a start.

Also, since it’s #AsianAugust there are a couple of other movies coming out that showcase Asian talent. Netflix has just released its original movie To All the Boys I’ve Loved Before directed by Susan Johnson, and starring Vietnamese-American actress Lana Condor (X-Men: Apocalypse). And everyone’s favourite, John Cho, is starring in the new movie Searching directed by Aneesh Chaganty, which will come out on Aug. 31st. Make sure to check out these two movies and all of the other new diverse media coming out!

I hope to see the further inclusion of diverse experiences and stories within our media landscape, and hopefully with the success of Crazy Rich Asians, Hollywood will finally see that diversity sells. And of course, if you’re eager to see more representation, come out to our festival on Nov. 1-4, 2018 at Cineplex Odeon International Village Cinemas where you’ll see a crazy rich selection of amazing, diverse Asian stories from talent both in front and behind the screen! 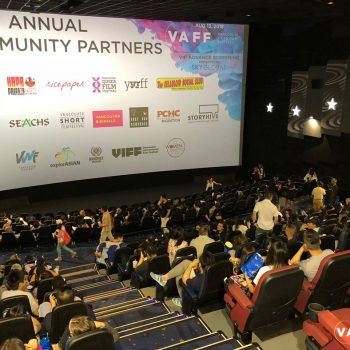 Jenna Masuhara is the Community Partnerships Liaison with the Vancouver Asian Film Festival. Jenna works through VAFF to spread awareness of different diverse media, both foreign and domestic, and to promote independent filmmakers.