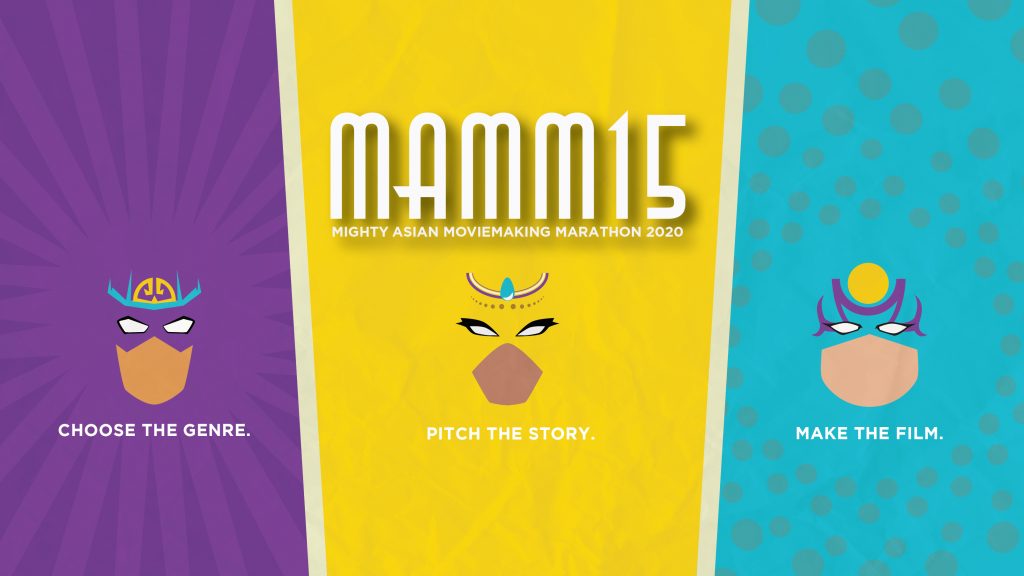 Vancouver, BC – June 18, 2020 – The Vancouver Film Festival (VAFF) is proud to bring back the Mighty Asian Movie Making Marathon (MAMM) for its 15th year. The short filmmaking competition is open to participants from all across Canada.

MAMM is Vancouver’s only annual short filmmaking competition with a specific focus on diversity. The competition challenges up to 10 teams to pitch, write, shoot, and edit a 5-minute short film all within three weeks to make and deliver each film.

A panel of industry professionals will judge the entries. Past MAMM contest winners have had their films included in numerous film festivals and screenings and have benefited from both online and television distribution throughout North America.

This year’s MAMM’s creative producers are Mayumi Yoshida, Joshua Lam, and Nach Dudsdeemaytha. Mayumi, Joshua, and Nach are industry professionals with extensive knowledge and have written, produced, directed, and acted in various film projects. They kicked off MAMM with a Diversity in Filmmaking (DIF) panel series which is virtually provided beginning May 9 until June 6, 2020 to better cope with the monumental change that the pandemic has brought to the world and the film industry. The program consists of a series of panel discussions each week on different aspects of filmmaking development and production and addressing issues arising in these unprecedented times. All panel workshops can be accessed via the VAFF Facebook and Youtube pages every Saturday at 2:00 PM.

There will also be a continuation of the successful MAMMentorship program from the previous years. The program is a series of Webinars for the top 10 selected teams whose video pitches advance through the initial round of selection. These workshops will provide guidance from industry professionals. The production period is extended this year and teams can create their own schedules from prep to shoot to post, as long as submission including uploading of the Final Film meets the deadline.  All completed films will receive a screening at the MAMM15 Screening Event as well as at VAFF 2020 in November. Final Films will be adjudicated by a panel of elite MAMM15 and the top films in each category are chosen to win cash and in-kind prizes!

The judges for MAMM15 this year will be Arnold Lim, Jennifer Liao, and Warren Sonoda.

Online registration for and information for MAMM 15 is at http://vaff.org/mamm15/ . The registration fee for MAMM15 will be free of charge! Registration is from June 15 to July 15, 2020. The 3-week film production / post-production runs from July 25 until Aug 15.

The top films as selected by the judging panel, and the winners of the Fan Choice award will be announced at the premiere and awards presentation Event on August 29, 2020, and will be showcased at the 24th Annual Vancouver Asian Film Festival, November 5-8, 2020.

MAMM, now on its 15th year, is the premier short filmmaking competition by the Vancouver Asian Film Festival (VAFF). MAMM offers a platform for filmmakers to showcase their talents to both moviegoers and potential distributors alike. The competition lasts for 3 weeks wherein contestants use this time to produce their short films. MAMM does not only provide opportunities for filmmakers, but provides great experience throughout the process as well.

The Vancouver Asian Film Festival Society (VAFF) is a not-for-profit organization that celebrates diversity in film. The longest-running Canadian film festival of its kind, VAFF was founded by independent filmmaker and writer Barbara K. Lee in 1995 and debuted in September 1997. VAFF is entirely organized and produced by a group of dedicated volunteers, and is made possible by generous financial support from corporate sponsors, public funders and private donors. Organizers are expecting close to 4,000 audience members over the four-day festival. Now on its 24th year, this four day festival incorporates the theme of “What’s Your 20?”, which challenges filmmakers to tell us where they are at, and what they see from that vantage point, especially amidst the on-going global crisis and social movement.