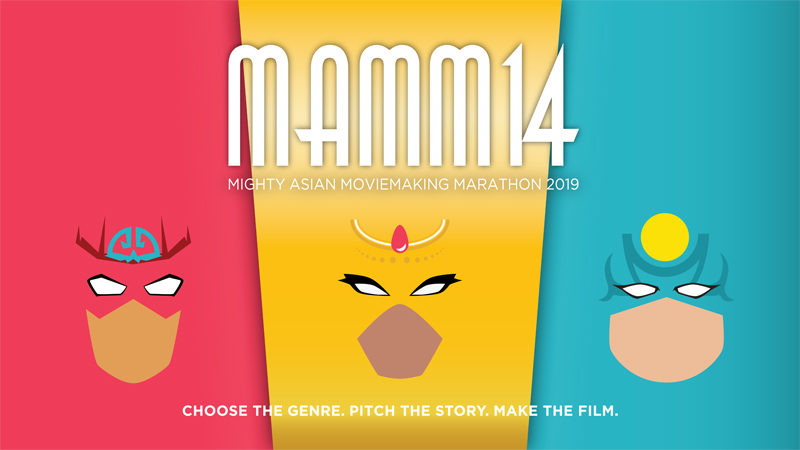 Vancouver, BC – May 30, 2019 – The Vancouver Film Festival (VAFF) is proud to bring back the Mighty Asian Movie Making Marathon (MAMM) for its 14th year. The short filmmaking competition is open to participants from all across Canada.

“ Last year’s unprecedented success with high quality films produced by many contestants and a sold out show was very encouraging.  It proves that the number of passionate and talented Asian filmmakers are on the rise, and we are looking forward to fostering and showcasing them this year at an even bigger venue at the Vancouver Playhouse.” Lynne Lee Festival Director and  MAMM producer

MAMM is Vancouver’s only annual short filmmaking competition with a specific focus on diversity. The competition challenges up to 10 teams to pitch, write, shoot, and edit either a 10-minute short film or a 1-minute ultra-short film, all within 10 days.

A panel of industry professionals will judge the entries. Past MAMM contest winners have had their films included in film festivals and screenings and have benefited from online and television distribution throughout North America.

MAMM’s creative producers, Mayumi Yoshida and Nach Dudsdeemaytha are back once again for another year. Mayumi and Nach, both dear friends of VAFF, have written, produced, directed, and acted in various projects. They will be supporting MAMM with a day of Diversity in Filmmaking  (DIF) workshops on Sunday June 23rd. The program consists of a series of panel workshops on different aspects of filmmaking. The event’s tickets will be available and on sale in June 2019.

There will also be a continuation the successful MAMMentorship program from last year. The program is a series of workshops for teams whose video pitches advance from the initial round of selection. These workshops will provide guidance from industry professionals.Production happens for ten days in early August, after which the completed films will watched by our panel of elite MAMM14 judges and the top films in each category chosen to win cash and in-kind prizes!

The top 2 films in both categories (10-minute short and 1 minute ultra-short) as selected by the judging panel, and the winners of the Fan Choice award in each category, will be announced at the MAMM 14 Screening and Awards Gala on Saturday, August 31, 2019, at 7:00 PM at the Vancouver Playhouse. They will also be screened at the annual Vancouver Asian Film Festival from November 7-10, 2019 and receive a cash prize, free equipment rental, and other filmmaking incentives and distribution opportunities.