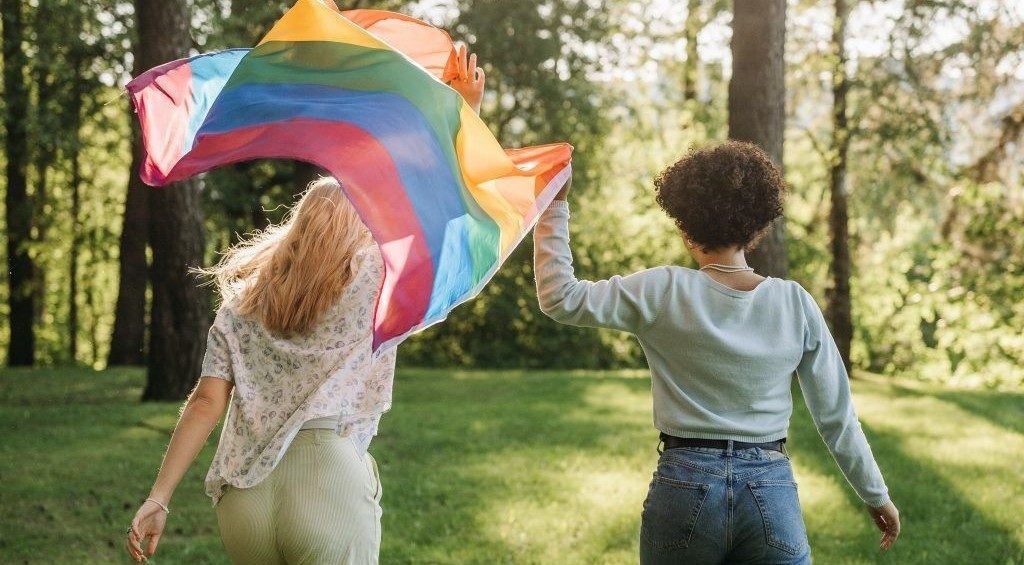 Women Running on Grass While Holding a Flag | Image courtesy of Pavel Danilyuk via. Pexels

For the LGBTQ+ community, June coincides with the Stonewall riots of 1969 and Pride Month in North America. To honor the community’s history of protest and celebration, we examine the intersectionality of Asian LGBTQ+ representation in film and the importance of showcasing these stories.

LGBTQ+ representation has long gone underrepresented within the film industry. Even when characters representing the community are given screen time, many films rely upon tropes, like those outlined in The Advocate, as the storyline’s building blocks. A popular example of this can be found in the 1995 classic Clueless, where the character Christian Stovitz plays the lead protagonist’s “Gay Best Friend.” The issue with the way such characters are weaved into the main storyline lies not in the effeminate portrayal of a character, but rather the use of Christian’s character as an accessory to the main lead. The heavy reliance on these stereotypes is not only hurtful, but also confines actors and stories to those that fit the perceived archetype.

Members of both the Asian and LGBTQ+ community might find that this sounds all too familiar. To gain a better understanding of the connection between these two communities, it’s necessary to examine efforts made to increase LGBTQ+ representation in film so far and the importance of creating stories with an intersectional lens, particularly those with prominent Asian LGBTQ+ characters.

Within North America, there has been a growing catalog of TV shows and films with LGBTQ+ representation like Paris Is Burning (1990), Queer as Folk from the early 2000s, Brokeback Mountain (2005), Moonlight (2016), etc. In particular, there is a prevalent history of queer cinema where Asian and Asian American filmmakers and performers are front and centre. For instance, the LGBTQ+ website Them recently published a list of LGBTQ+ films for AAPI Heritage Month featuring movies such as Andrew Ahn’s directorial debut Spa Night (2016) and The Wedding Banquet (1993) as directed by Ang Lee. While browsing lists of essential LGBTQ+ movies to watch by Rolling Stone and Esquire, many of the aforementioned films above either appeared irregularly or were absent. Though recent shows such as Netflix’s Heartstopper attempt to deviate away from common LGBTQ+ tropes, there is still a severe lack of lead characters and stories centered around people of color. This is an issue because while some elements of the LGBTQ+ experience are relatable across the community, an emphasis on “whiteness” shies away from the uniqueness that the intersectionality of race, sexuality, and gender identity holds. And despite increases in prominent LGBTQ+ representation in North American films, issues regarding diversity still stand.

Beyond diversity, the addition of Asian characters within queer contexts especially matters because of differences between white and Asian cultures. As people, the experiences we go through are shaped by our cultural upbringing. So when characters who represent an intersection of these identities cross our screens, they play an important part in instilling a sense of connection with audiences who have also dealt with those same experiences. Becky and Joy in ‘Everything Everywhere All At Once.’ | A24

Characters like Joy Wang (Stephanie Hsu) in Everything Everywhere All At Once are an example of a LGBTQ+ character who encompasses aspects of this unique intersectionality. The dynamic between Joy’s character and her mother Evelyn, as played by Michelle Yeoh, documents one such relationship. While Eveyln is “accepting” of Joy’s girlfriend Becky (Tallie Medel), her acceptance is contingent upon not disclosing Joy’s queerness to her grandfather Gong Gong (James Hong), telling him that Becky is just a good friend. The erasure of Joy’s queerness by her mother, encompasses the pain and rejection that many have felt or experienced, especially as a child coming out to their parents.

On the topic of portraying a young queer Asian-American woman, Hsu stated during an interview with Them, “I feel like that is so important, to show not only queer people, but also Asian people, who are not superheroes. I mean, they end up kind of being superheroes but… they’re not crazy, they’re not rich, but they are Asian, you know? They’re kind of imperfect. Even in their queerness.”

Daniel Kwan, one of the film’s directors, spoke about the emergence of the queer storyline during the development of the script. He wanted to capture the experience his queer friends went through while coming out to their immigrant parents.

“Each time, it’s almost brushed over or ignored, or the parents are waiting for the ‘phase’ to end,” Kwan recalls. “There’s no big screaming match. They just end up having to come out every couple years, every time they introduce their partner. They have to basically fight for the chance to be seen – it’s like this slow-motion erasure of who they are” (USA Today, 2022). Another important aspect of Everything Everywhere All At Once is its portrayal of an Asian American immigrant family. According to Kwan, the mixed use of Cantonese, Mandarin, and English throughout the film closely resembled his upbringing as the son to immigrants from Taipei and Hong Kong (Los Angeles Times, 2022). The attention to such details throughout Everything Everywhere All At Once encompasses the Asian American immigrant experience and struggles with queerness, in a refreshing take that rooted its characters within our reality.

The newly released rom-com Fire Island is another example of Asian LGBTQ+ representation, which follows a group of best friends during their last summer in Fire Island Pines. What is considered a safe space and gay paradise getaway, becomes a place that is “oppressively white and inherently classist” for the two queer male leads Howie (Bowen Yang) and Noah (Joel Kim Booster) (Entertainment Weekly, 2022). Throughout the film we see Howie and Noah struggle to navigate predominately white gay spaces, where “No Fats, Femmes, or Asians” is an underlying mantra, to find their own desirability as Asian men. While Fire Island touches upon a recurring theme of otherness and alienation, it also holds onto all the fun playful elements you’d expect to find in every classic rom-com and about finding our chosen family. It’s refreshing to see a movie in a genre not commonly associated with Asians that represents the struggles Asian LGBTQ+ men face. And Fire Island’s strong point is its ability to represent those three-dimensional characters who exist at the intersectionality of Asian and LGBTQ+ identity.

When asked about what he hopes will happen next within the film industry, Booster stated, “We have more than one gay movie and we can have more than one gay movie about the Asian American experience. There’s room for everybody, there’s ten thousand streaming platforms, there’s a million studios…people are opening up their pocketbooks to pay for these movies now…I hope that it creates a conversation around newer and more and broader representation for every group” (GLAAD, 2022).

Everything Everywhere All At Once and Fire Island ’s approach to Asian LGBTQ+ representation, are pivotal in increasing recognition for stories created with an intersectional lens. These films show multidimensional characters that aren’t always perfect and have their own struggles as they navigate their identities within Asian and LGBTQ+ spaces. Hopefully, the reception and visibility of these movies and others like them will show that there is an audience interested in and looking for films that explore these aspects.