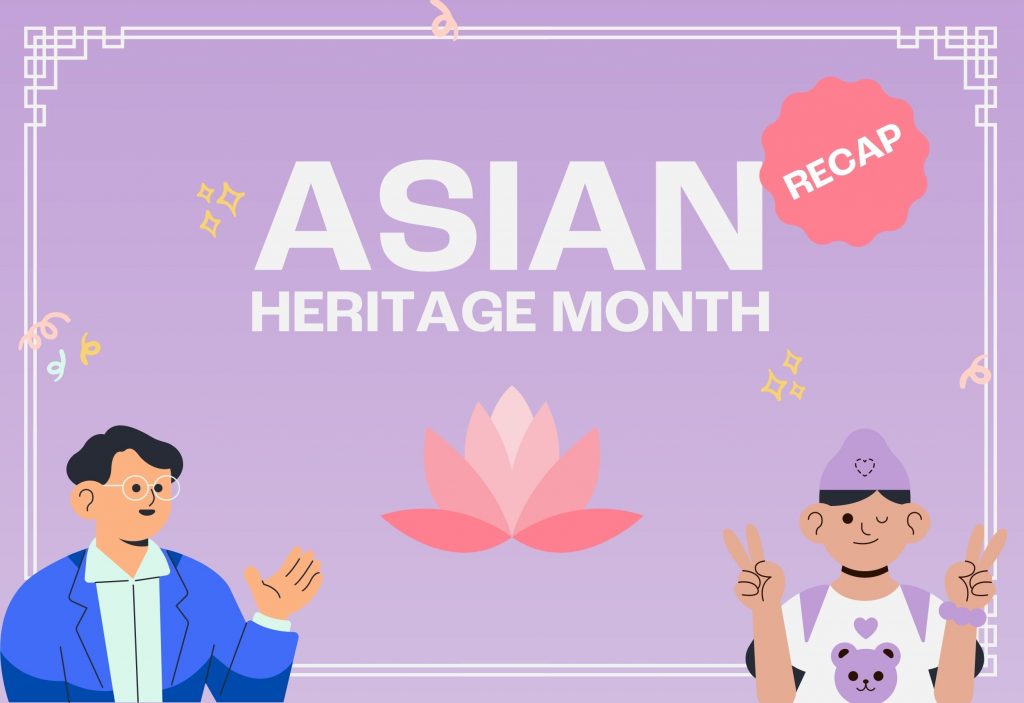 A Look Back at Asian Heritage Month at VAFF

That’s a wrap on Asian Heritage Month! Thank you for joining us during the month of May as we celebrated alongside our advocacy arm, Elimin8Hate. Here are some of the ways we marked this important occasion and how you can continue the celebration beyond this month.

We started by launching Elimin8Hate’s See Us, Hear Us video, directed by Eileen Park Robertson. In this video, we invited local Asian Canadians to share their unique career paths and the pursuit of their passions. Thank you to the wonderful people who joined us in sharing our message. Diversity of career paths is what makes us unique. We want people to see us and hear us.

VAFF kicked off its 10th Annual Industry Insight Series titled “Celebrate Representation, Opportunity and Evolution”. There were multiple events, both in-person and online, lots of wonderful and insightful chats, and a celebration of Asian talent. We started off our panels with an in-person event that took place at the Brix Studio in Gastown Vancouver, called Scripting Aloud! Reads: Entitlement, TV pilot by Sugith Varughese.

Facilitated by Grace Chin & Kathy Leung, Co-Founders of Pan Asian Staged Reading Society – Scripting Aloud, the event was a free session. We read lines together and gave each other feedback in an incredibly collaborative and safe environment. Thank you all for coming and participating! Shortly after this session, Sugith Varughese ran another one called, “The Three Questions” presented by award-winning screenwriter, short film director, actor and playwright Sugith Varughese. “The Three Questions” is an approach to auditioning, script analysis, character creation and the actor-director relationship in film and television. Varughese shared the tools he uses to understand and elevate the material given to create his own performance.

Next, we had our first of many virtual sessions. On May 18, we had a fireside chat about Disney and Pixar’s Turning Red with director Domee Shi and production designer Rona Liu. We were super excited to talk to them both. If you missed the chat, don’t worry, we recorded it on VAFF YouTube!

Then we had our Lunch and Learns. To wrap up the industry panels and Asian Heritage Month, we had 2 virtual sessions on May 30 & 31 with Canada Media Fund (CMF). Thank you Christine Chiu and Evilyn Zhang for sharing your wisdom!

Our festival director, Susan Hanson, was invited to speak on a panel, Stronger Together: Exploring the U.S. and Canada’s Shared Asian Heritage. Alongside Daniel Tani, Julia Chan Bloch, and Steven Ngo, Susan talked about how the Asian communities in North America have played vital roles in shaping Canada and the United States – from building both countries’ transcontinental railways to fighting for civil rights. It was a powerful discussion.

Our founder & president, Barbara Lee, also spoke on a panel. She joined the Doxa panel to discuss the impact of the Knowledge Network Equity Audit.

See Us, Hear Us Concert To wrap up the month of discussion and fun, we teamed up with Elimin8Hate to bring together a Song of Resilience Concert. Featuring Amanda Sum, Asian Persuasion All Stars, Katana, Jasmin Orton, Kayee Lee, Kristina Lao, and Serena Sun, we had an exclusive evening of new and unreleased original music in the theme of ‘Resilience’.

Thank you to everyone who showed up and supported local artists! We had a blast.

In singing the songs of resilience, we hope to showcase Asian talent and combat anti-Asian racism.

How to celebrate beyond May

Asian Heritage Month gives us a reason to shine more light on Asian voices, stories and people. However, this should be a continuous celebration. Here are some ways you can keep the momentum going:

Author, Angela Leung, Angela is an avid consumer of media and an occasional creator of media. She is a graduate of UBC’s Media Studies program, and her love for digital media is most prevalent in film.