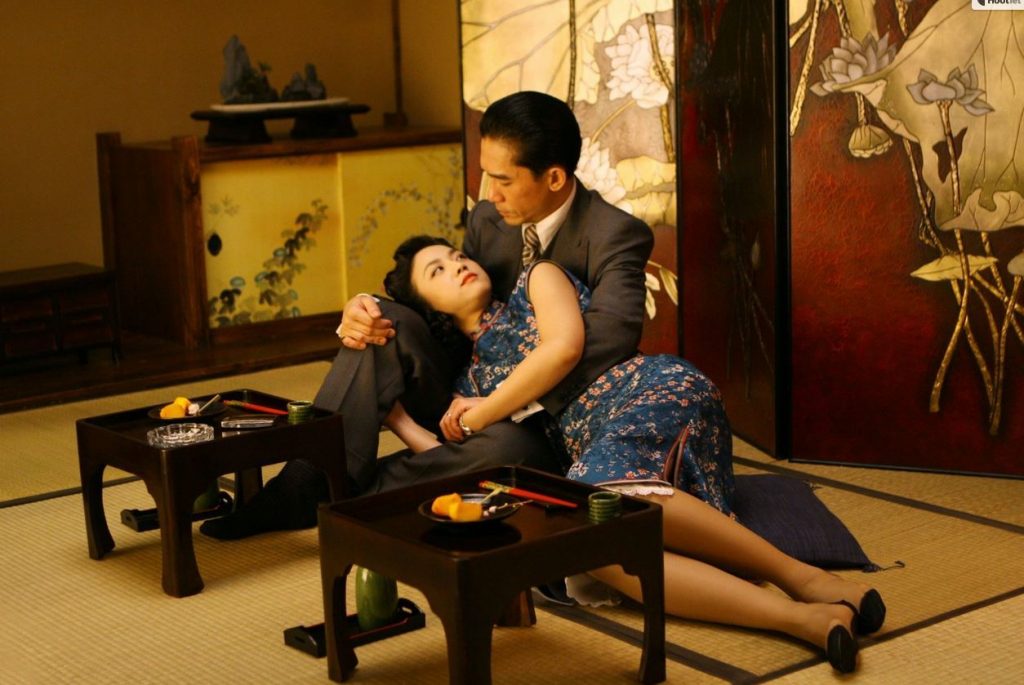 With countries in Asia becoming an increasingly important part of the global future, contemporary Asian cinema has grown immensely in popularity. Over the years, the Asian film industry has been booming putting Asian popular culture at the forefront of global cinema. However, the success of Asia’s creative industry could not have happened without movies that have pushed boundaries and have raised the bar higher for innovative storylines. We countdown 7 key films that have pushed the boundaries of Asian cinema. At the 55th annual Golden Horse Awards (Taiwan’s equivalent of the Oscars) last November, the film Dear Ex was nominated for seven awards, including best feature film. Co-directed by Mag Hsu and Hsu Chih-yen, Dear Ex represents a heartfelt LGBTQ romance when a windowed wife San Lian (Ying-Xuan Hsieh) is devastated to learn that her late ex-husband Zheng Yuan (Chen Ru-shan) has left his insurance payout to his male lover Ah Jie (Roy Chiu). Fighting for the inheritance money, San Lian brings her son into the battle, but he chooses to stand with his late father’s lover instead.

The LGBTQ-themed storyline is a timely one as Taiwan’s supreme court passed a resolution that legalized same-sex marriage in May 2017, but a public referendum in November 2018 voted against it. Given the public debate about marriage equality in Taiwan, Dear Ex provides a heartfelt story that pushes societal norms around marriage equality as Taiwan becomes the first place in Asia to legalize same-sex marriage. Zhang Yimou’s To Live was a critically acclaimed film and one of his first films to explore the theme of hardship and resilience. Set in China, the film follows the life of one family in China, from the days of gambling in Republican China in the 1940s to the hardship of the Cultural Revolution in the 1960s. However, given the sensitive historical content of the film, the Chinese State Administration of Radio, Film and Television denied a theatrical release of the film due to its critical portrayal of various policies and campaigns of the Communist government. As a result, both director Zhang Yimou and his wife, Gong Li, who was also a lead actress in the film were banned from making films in China for two years.

Despite the controversy, To Live went on to win three awards at the Cannes Film Festival in 1994 and has since become one of Zhang’s most critically acclaimed films. With both its strong political message and sensitive content, To Live pushed the boundaries of Chinese film and became ranked as the eighth best Chinese Mainland Films by Time Out. After Hong Kong’s 2014 Umbrella Movement which fought for democracy, the locally produced film Ten Years became an unexpected film which would surpass the box office sales of Star Wars: The Force Awakens at one local Hong Kong cinema. Set as a dystopian film about the future of Hong Kong diminishing under Chinese rule in the year 2025, the film explores some of the greatest fears about Hong under Chinese rule through five short stories.

Due to the sensitive political nature of the film, Ten Years was banned in China and the Chinese state television banned the broadcast of the 35th Hong Kong Film Awards where Ten Years went on to win Best Film. While international critics described the film as “brave” and “powerful”, Chinese critics described the film as a “virus of the mind” that was spreading anxiety. The powerful messaging behind Ten Years puts it as one of the most controversial films coming out of Hong Kong in recent years, challenging the political boundaries between Hong Kong and China. Director Kim Ki-duk’s 2013 film Moebius is widely considered one of the most controversial films in Korean history. The story, which centers upon the downfall of a family which gives into taboo desires, was given a “restricted rating” by the Korea Media Rating Board (KMRB), due to multiple scenes of incestuous sex scenes and violent contents. Korean censors then declared that the film could only air in specialty theatres and Kim had to eventually cut several scenes in order for it to be finally approved.

To make matters even more controversial, Kim was also accused of both physically and sexually assaulting an actress during the filming of the movie, which sparked a #MeToo movement in South Korea. Although Kim was only charged for physical assault, the discussion around the film generated further discussion highlighting gender discrimination and problematic norms in the South Korean film industry. In the Realm of the Senses is a French-Japanese film that narrates the twisted love story of Sada Abe (Eiko Matsuda) and Kichizo Ishida (Tatsuya Fuji). Abe is a former prostitute that now works as a maid in a hotel. She begins an affair with the hotel’s owner, Ishida. Based on the true story of Abe, the film depicts a tale of sexual experimentation, indulgences, sadism, and masochism.

This film contains unsimulated sex scenes and is so controversial that it was banned from screening in many countries and even rejected from multiple film festivals. The film and its director (Nagisa Oshima) are notable for striving to break sexual taboos, especially in conservative Japan, as well as challenging and questioning the idea of censorship internationally. This Japanese horror film, based on the novel by Ryu Murakami is about a widower named Shigeharu Ayoyama (Ryo Ishibashi) who begins dating again. With the help of his filmmaking friend, they hold a fake audition for young women to play the part of his new wife. Shigeharu starts to fall in love with one of the auditionees, Asami Yamazaki (Eihi Shiina). Blinded by love, he is yet to discover Asami’s dark and twisted past.

This film is considered one of the best horror films ever made and has had an influence in other films within the genre both in the Asian and Western communities. The director, Takashi Miike, brings an understated element of shock from the start to end. The scenes from Audition are sure to linger in your mind for a long time. Set in World War II, the film follows a secret agent (Tang Wei) who must seduce, then assassinate an official (Tony Leung Chiu Wai), who works for the Japanese puppet government in Shanghai. Her mission becomes clouded when she finds herself falling in love with the man she is assigned to kill.

Director Ang Lee, known for breaking the barriers of East and West, spawned much controversy with this film due to the extremely explicit sex scenes and politically sensitive topics. Critics have also noted that leading actress Tang Wei, who also plays a young war-time revolutionary in the film, was also censored from television and media in China for three years. Some Taiwanese newspapers reported that although the State Administration of Radio, Film and Television was keen on censoring the film for its sexually explicit scenes, Tang’s character, who is torn between her sense of patriotism and her feelings for the anti-hero, a Japanese collaborator, sparked an even greater controversy. The scenes, however, were such an integral part of the film as a whole and with this, Lee took storytelling to a whole new level. With both suggestive sexual and political themes, audiences will need to pick up on both debates while watching the film to truly understand the complexity behind Lust, Caution.

Join the Vancouver Asian Film Festival for Dim Sum After Dark on May 31, 2019 at the Pink Pearl Chinese Seafood Restaurant. Featuring a screening of Ang Lee’s Lust, Caution (2007), enjoy some late night dim sum and a deliciously stimulating movie that will leave you drooling for more. For more information about Dim Sum After Dark, visit the event page at: http://vaff.org/dimsumafterdark/

Lia Ortiz is a Content and Communications Manager with the Vancouver Asian Film Festival. Born in Canada, raised in the Philippines, and now re-adapting to Canadian life (and weather). She graduated with a degree in marketing and communications, and has done some PR work and events management to boast! When she isn’t busy catching up on her favorite shows, she likes to go on mini adventures around town, which more often than not leads to food-binging.

Justin Kwan is a Content and Communications Manager at the Vancouver Asian Film Festival.  A Torontonian turned Vancouverite, he frequently writes on contemporary Asian politics, culture and current affairs. In his role at VAFF, Justin explores a variety of digital tools and communication strategies to further promote the festival and its message of diversity in film. In his spare time, he is also a podcaster and an avid “foodie” who enjoys exploring new restaurants. Follow him on social media @thejustinkwan.

The views expressed here are those of the authors, and do not necessarily represent the views of the Vancouver Asian Film Festival.