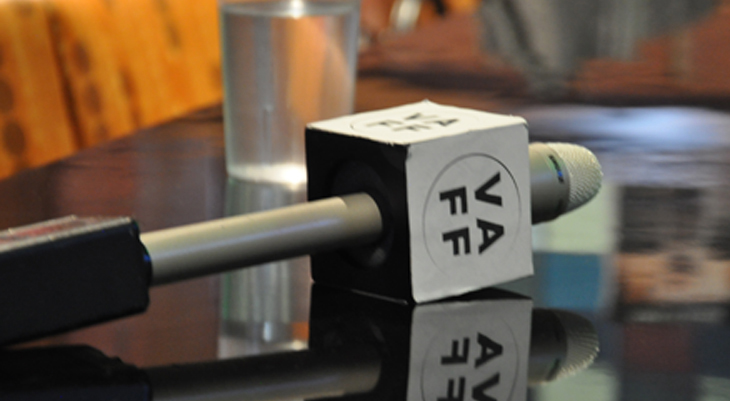 November 7–10, 2019, Vancouver hosts the best of Asian Filmmaking from around the World

Vancouver, BC – Sept 30, 2019  – Vancouver Asian Film Festival (VAFF) is pleased to announce the countdown to its much anticipated 23rd Annual celebration of Asian diaspora and diversity in film, set for November 7th to 10th, 2019 at the Cineplex Odeon International Village Cinemas in Vancouver 88 W. Pender St., in Vancouver’s historic Chinatown district.

Vancouver’s own LUDI LIN (Aquaman, Power Rangers) and OSRIC CHAU (“The Atom” on Crisis on Infinite Earths, Supernatural) are breaking through with NO LIMITASIANS and making their own waves in Film and Television.  They both will be in attendance at the VAFF Press Conference and Media Interviews are available upon request.

VAFF is proud to announce this year’s Opening Night film, “In A New York Minute” Cast Ludi Lin (林路迪)  and Centrepiece Spotlight Film, “Empty by Design” Producer and Lead Actor Osric Chau (周逸之) will be in attendance at the press conference. Both of these talented actors are Chinese Canadian actors and outspoken individuals when it comes to Asian representation in today’s media.

In riding the momentum of Hollywood finally waking up to the benefits of putting underrepresented voices on centre stage, VAFF is celebrating the achievements of Asian diaspora artists and empowering aspiring artists of Asian heritage to continue pushing boundaries and challenging expectations in the 2019 theme – NO LIMITASIANS. As new filmmakers take the spotlight to tell authentic stories from their Asian and Asian diaspora experience, they are breaking moulds and exposing the world to unheard voices. They are telling the mainstream, “We are here to stay – now and forever. Anything is possible!”

Media are requested to join in the official press conference to meet with organizers and talents, and filmmakers. A selection of online screeners will be made available to media on request.

Here’s a few of the  highlights of this year’s festival.

Ludi Lin​ is a Chinese-Canadian actor who made his Hollywood film debut as Zack, the Black Ranger in Lionsgate​‘s Power Rangers​ (2017). He also played Murk in DC’s blockbuster hit Aquaman​ (2018) and can currently be seen in the Netflix series ​Black Mirror​ (2019). In 2020, Lin has a number of projects opening, including the Netflix series Ghost Bride (2020) and Son Of The South produced by Spike Lee . Named as one of Variety’s Asian Faces to watch for in 2018, it was recently announced that Lin will star as  Liu Kang in the upcoming ​Mortal Kombat​ (2021) reboot for Newline.

The Canadian premiere of Centerpiece Spotlight  Film, “Empty by Design”, Two individuals find themselves back in the Philippines after years of being away. Feeling isolated in a place that was once called home, their friendship helps them find a sense of peace and connection to their lost culture from Director/Writer: Andrea A. Walter, Producers: Osric Chau, Chris Pang, Chad Kennedy, Joann Banaga, Dante Basco, Cast: Rhian Ramos, Osric Chau, Madeliene Humphries, Chris Pang, Dante Basco

Producer and lead actor Osric Chau (Chinese: 周逸之) will be in attendance at the press conference.

Osric Chau is a Chinese-Canadian actor and martial artist, best known for his role as Kevin Tran in the CW series Supernatural (2012-2018)  and Vogel in the BBC America series Dirk Gently’s Holistic Detective Agency (2016-2017). He has collaborated with the YouTube channel The Hillywood Show in video parodies of The Walking Dead, Supernatural, and Sherlock. He has also been involved with campaigns against stereotyping in media.

In 2018, Chau starred in the Manila-set independent film Empty by Design alongside Filipina actress Rhian Ramos and Crazy Rich Asians actor Chris Pang. Empty by Design marks Chau’s first feature film producing endeavor.  It was recently announced that Chau will star as Ryan Choi in the Arrowverse, and will feature during the “Crisis on Infinite Earths” episodes. (2020)

In celebration of our Asians in Music Program, we are very excited to announce we are working in collaboration with Vancouver Symphony Orchestra (VSO) to present a special multimedia performance at the Orpheum Theatre, Crouching Tiger & Beyond, by the world renowned composer/ conductor Tan Dun  (谭盾)  in Vancouver. In addition, we are presenting an exclusive  “Fireside Chat with Tan Dun: Music with No Limitasians” for the audience to meet the maestro himself.

We present our Asian Advocacy campaign, 100 STORIES CHALLENGE: FINAL SHOWDOWN. This is a night to celebrate the inaugural competition created to uncover the extraordinary and unique lives of regular Asians living in Canada.  Join filmmakers and judges alike to listen to the top 3 finalists of the 100 Stories Challenge make their pitch to decide who is the best storyteller and most deserving of the grand prize of $1,000.

“Since last year we’ve seen a renewed sense of pride and notable increase in confidence amongst Asian performers and filmmakers, who feel empowered to feel No LimitAsians or barriers and are doing what they want to achieve their dreams. You will see that reflected in the wide range of stories this year.” stated Lynne Lee, Festival Director.

The Vancouver Asian Film Festival Society (VAFF) is a not-for-profit organization that celebrates diversity in film. The longest-running Canadian film festival of its kind, VAFF was founded by independent filmmaker and writer Barbara K. Lee in 1995 and debuted in September 1997. VAFF is entirely organized and produced by a group of dedicated volunteers, and is made possible by generous financial support from corporate sponsors, public funders and private donors. Organizers are expecting close to 4,000 audience members over the four-day festival. Now in its 23rd year, this four day festival incorporates the theme of NO LIMITASIANS, which celebrates the achievements of Asian diaspora artists and empowers aspiring artists of Asian heritage to continue pushing boundaries and challenging expectations. As new filmmakers take the spotlights to tell authentic stories, they break moulds and expose the world to a multitude of voices.