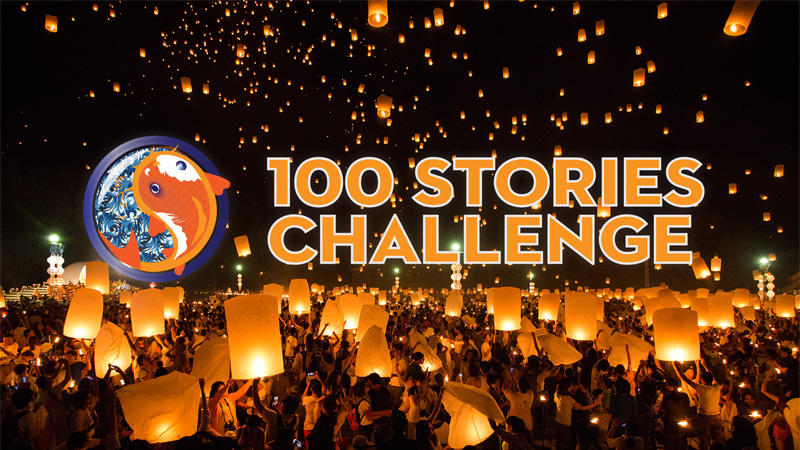 Vancouver, BC – July 29, 2019 – The Vancouver Film Festival (VAFF) is proud to present an exciting new challenge for all aspiring filmmakers. The 100 Stories Challenge has officially opened its doors for submissions on July 29, 2019  in hopes of challenging participants to share their stories and explore their heritage.

The 100 stories challenge aims to collect at least 100 stories that uncover the extraordinary lives of regular Asians living in Canada. VAFF has created this platform to allow anyone to showcase Asian-Canadian stories through film and this competition wants to bridge the gap and encourage intergenerational dialogue and connections. This is an opportunity for stories from one’s parents, grandparents, aunties, and uncles to be heard.

“Our goal is to give filmmakers and screenwriters the opportunity to see a wide variety of stories hidden in the community, as well as the chance to tell the stories through the art of film.” Kevin K. Li, Vice President, Vancouver Asian Film Festival

To enter, a 60 second video pitch is required to be uploaded to YouTube. To officially submit an entry, the link must be shared through the submission form here. The deadline for submissions is on October 10th, 5:00 PM PST. You can find all the details regarding the contest by visiting http://vaff.org/100storieschallenge/

All featured participants will have a chance to win $1,000 and an opportunity to pitch their story to an audience of filmmakers and storytellers.

The VAFF 100 Stories Challenge is brought to you by the generous support of Richard K. Wong.

“The VAFF 100 Stories Challenge is an excellent opportunity to creatively research, learn and showcase great historic stories of how Asians contributed and sacrificed for Canada, ultimately for a better world!” Quote from Richard K. Wong

Richard K. Wong was inspired to partner with VAFF to create this challenge when he learned the story of little known Canadian Chinese war hero Frederick Lee. Mr. Wong chaired the National Committee of the Canada Day Drumming Celebration. The Celebration features simultaneous drumming across 13 Canadian cities to promote diversity, multicultural harmony, peace and love for a better world. It also established the Guinness World Record for the most nationalities in a drumming circle. Mr. Wong is the founding president of the Chinese Entrepreneurs Society of Canada and won the international competition to bring the fourth World Chinese Entrepreneurs Convention (WCEC) to Vancouver in 1997. The WCEC provides opportunities for networking, sharing of information, traditions and cultures, allowing friendships and prosperous relationships to be developed that can benefit the greater community and the world. We are so grateful for Mr. Wong’s support of this project.